You may have missed some of important things that happened in the world of tennis during August, so here is your A to Z of tennis snapshot.

A is for Aryna Sabalenka: The 20-year-old Aryna Sabalenka became the latest player to join the WTA Tour’s champions circle when she won the Connecticut Open.

B is for banned: Serena Williams’ catsuit has been banned by Roland Garros, but the tennis great made light of the decision.

C is for Career Golden Masters: Novak Djokovic became the first player to win all nine ATP Masters 1000 titles when he won the Cincinnati Masters.

D is for Davis Cup: The International Tennis Federation approved the revamp Davis Cup and it didn’t go down too well with many people casting Gerard Pique and Roger Federer as the villains in the piece. However, one player who gave it the thumbs up was Nick Kyrgios.

E is for emotional Andy Murray: This is what reaching the quarter-final of the Citi Open meant to Andy Murray.

F is for ‘f****** rules’: Staying with Murray, the three-time Grand Slam winner had a ‘f****** rules’ rant during his match against Fernando Verdasco.

G is for Greek tennis: Greek tennis is on the rise as Stefanos Tsitsipas reached his maiden ATP Tour Masters 1000 final at the Rogers Cup, losing against Rafael Nadal. He also lost to the Spaniard in the final of the Barcelona Open earlier this year. Meanwhile, Maria Sakkari reached her first WTA Tour final as she finished runner-up to Mihaela Buzărnescu at the Silicon Valley Classic.

H is for heat rule: The Extreme Heat Policy was used during ATP Tour matches for first time at the US Open on day three as temperatures hit 36 degrees Celsius. What did it mean? Players were allowed to take a 10-minute break between the fourth and fifth to cool down. The rule had already been used on the WTA with players allowed to take a breather between the second and third sets. 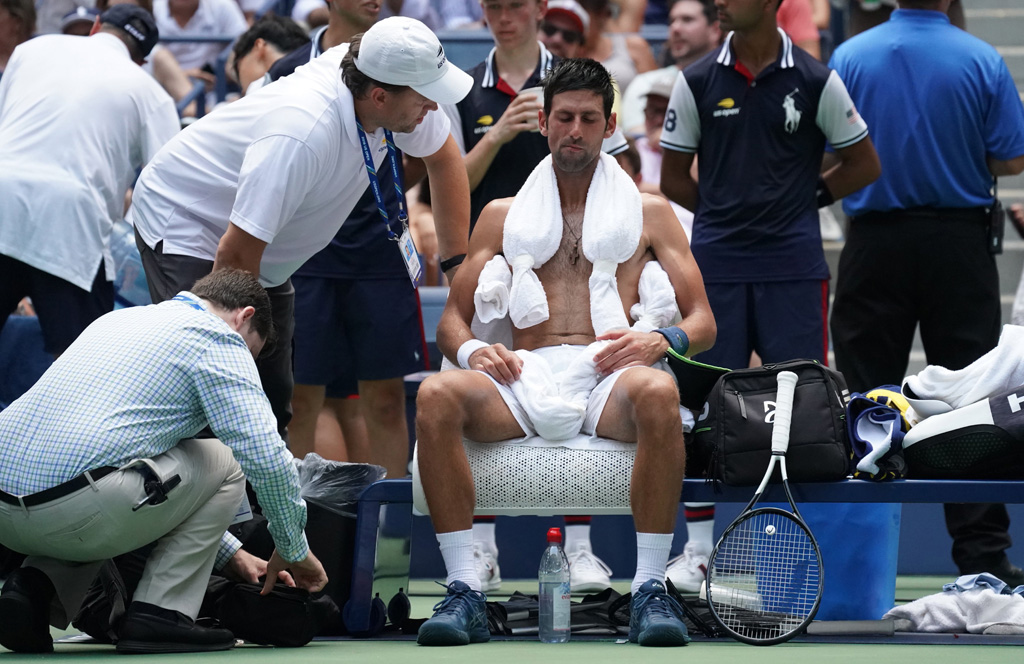 I is for Ivan Lendl: Eight-time Grand Slam winner Ivan Lendl is back in the coaching game after Alexander Zverev added the American to his team.

J is for Johnny Nic: Johnny Nic believes that the brilliantly unpredictable WTA is proving that tennis needs neither rankings nor seeds.

K is for Kiki Bertens: The Dutchwoman is having the season of her career as she won the biggest title of her career when she beat Simona Halep in the final of the Cincinnati Masters. Pity she didn’t carry that form over to the US Open.

M is for mentor: We had an exclusive interview with Patricio Apey, the mentor who took a young Andy Murray under his wing and is now laying out a pathway to the top for his latest protégé, Alexander Zverev.

N is for No 80: Rafael Nadal lifted ATP Tour title No 80 when he beat Stefanos Tsitispas in the final of the Rogers Cup. 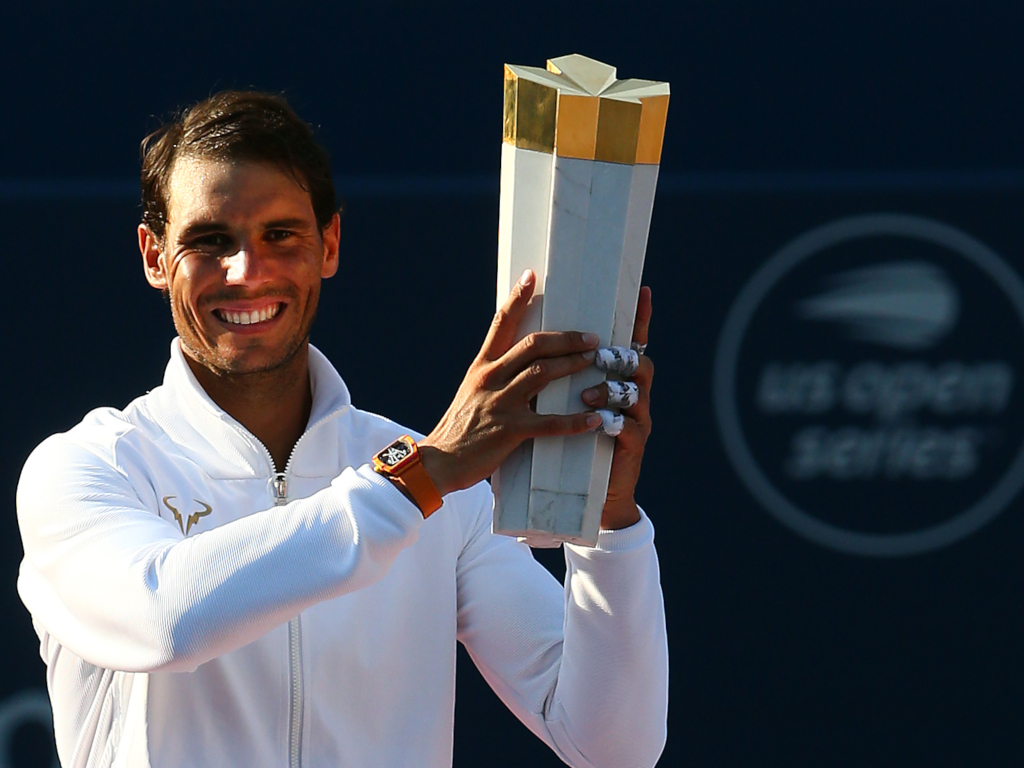 O is for Olympics: Rafael Nadal will be gunning for another gold medal at the Olympics as his coach Carlos Moya has confirmed he is set to feature at the 2020 Tokyo Games.

Q is for quiz: As you will have read above, Novak Djokovic completed his Career Golden Masters so why don’t you take the quiz.

R is for regulations: It was an interesting start to the US Open as Alize Cornet was punished for changing her shirt.

T is for thirty-seven years old: Yep, Roger Federer turned 37 on August 8 and we gave you 10 interesting facts on his birthday, and it featured cows, cricket and Roxette. 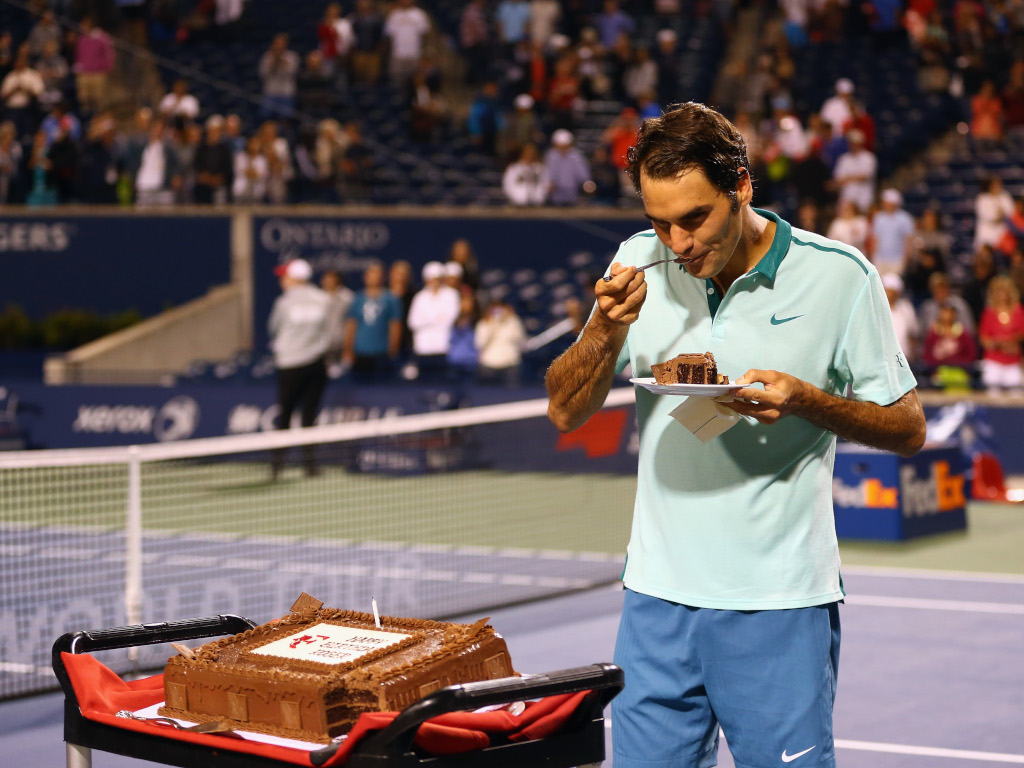 He escaped sanction though.

V is for video: In light of Andy Murray’s emotional outpouring in Washington, we look at other times tennis players broke down and sobbed.

W is for worst-ever losses suffered by Serena Williams: We never thought we’d see Serena Williams on the receiving end of a 6-1, 6-0 drubbing, but Johanna Konta handed the American her worst-ever defeat. Here are her top 10 worst defeats.

X is for eXclusive: In an eXclusive with Tennis365, Juan Martin del Potro talks about his 2009 US Open win, his ‘new’ career and more.

Y is for young guns: The Citi Open gave us the youngest ATP Tour final in a decade as 21-year-old Alexander Zverev squared up against 19-year-old Alex de Minaur. The German managed to successfully defend his title, but the veterans beware: the youngsters are coming for you.

Z is for zany: Tennis needs a zany Nick Kyrgios as the Australian keeps us entertained by forgetting to bring his shoes to a match.