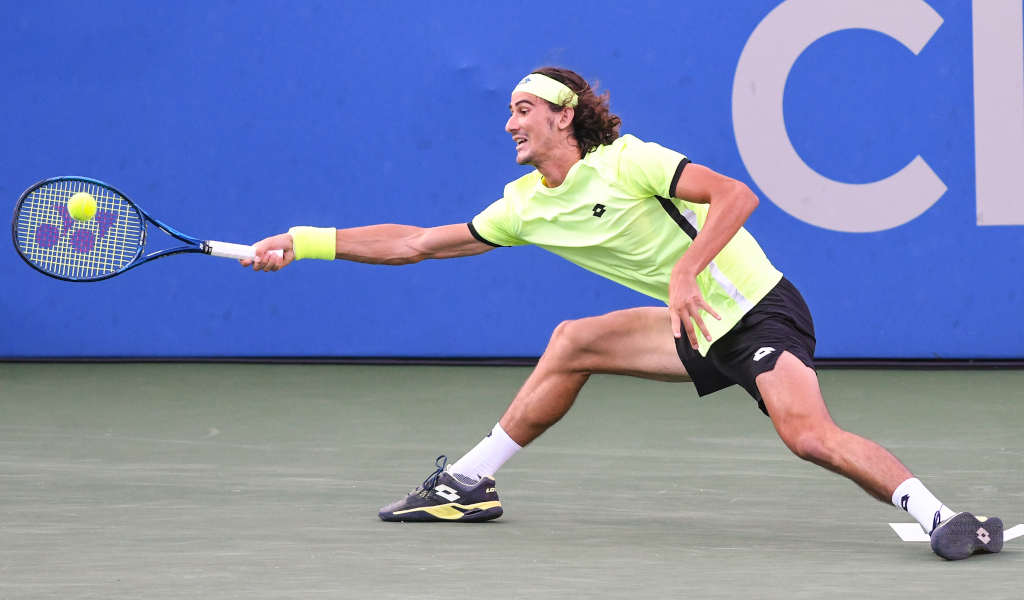 It was a moment to savour for Lloyd Harris in Washington as he claimed the biggest win of his career with a stunning upset victory over Rafael Nadal at the Citi Open.

Harris, who had beaten the likes of Stan Wawrinka and Dominic Thiem on the ATP Tour earlier this year, secured the scalp of 20-time major winner Nadal with a 6-4, 1-6, 6-4 win in the third round.

Lloyd OVERJOYED 🤩✨@lloydharris63 stuns Nadal 6-4 1-6 6-4 under the lights in Washington to reach the QF!#CitiOpen pic.twitter.com/qEmPHT8Psb

After a three-hour tussle against Jack Sock in the second round, Nadal’s on-court hours increased to over five hours as he battled for two hours and 11 minutes against the South African.

Harris got the lone break in the opening set in game seven, but Nadal bounced back impressively as breaks in games four and six helped him to take it to a decider.

The Spaniard pushed hard early in the third set as the 14th seed saved two break points in the opening game and one in the fifth before the South African converted his only opportunity in the 10th game to seal the match.

“Today was really special. I think I have had some big wins, and this year I have beat some Grand Slam champions,” Harris said. “But to beat a 20-time Grand Slam champion, and especially in front of a full crowd and with such an amazing atmosphere, it was definitely something very special.”

Harris will face Kei Nishikori, who beat seventh seed Cameron Norrie 3-6, 6-3, 6-3, in the quarter-finals on Friday, and the South African had plenty of positives from his win over world No 3.

“I did a lot of good things. I think the best thing was to stay in the moment, keep my composure, and I think I just stayed with my game and stayed playing a consistently good level throughout the match,” Harris said. “It was a good, quality match, I think. Not easy for me out there. It was pretty physical, but all in all, I’m just super happy with how everything turned out.”

Nadal, meanwhile, was impressed by the 24-year-old.

“All the credit to him that he played aggressive,” he said. “He played well. He was brave. So, well done.”

In the bottom half of the draw, fifth seed Jannik Sinner won the battle of the young guns as the Italian defeated Sebastian Korda from the United States 7-6 (7-3), 7-6 (7-3) while American wildcard Jensen Brooksby stunned second seed Felix Auger-Aliassime 6-3, 6-4.