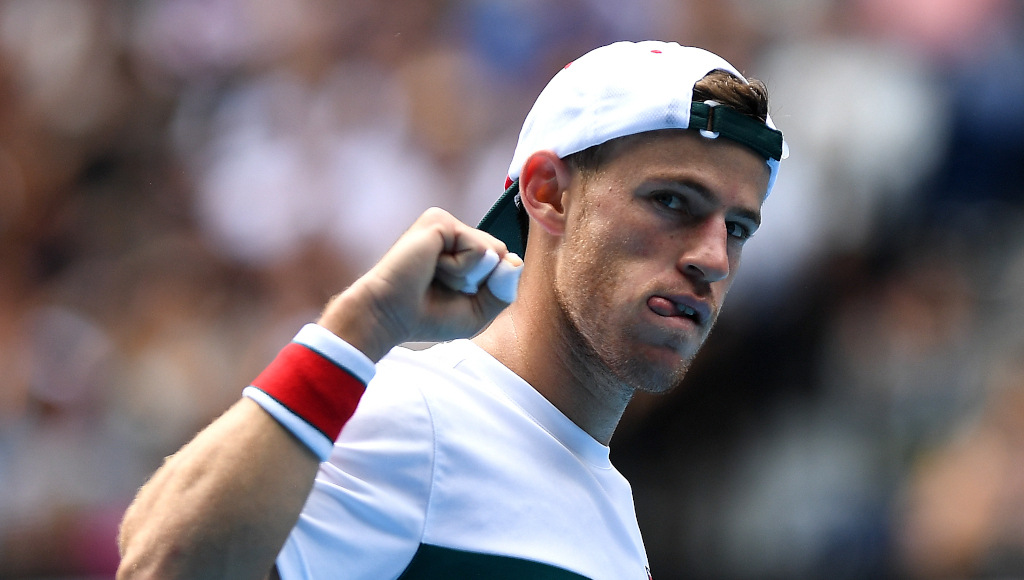 The list of nominees for the 2020 ATP Awards have been released and Diego Schwartzman has received the nod for two gongs while former Grand Slam runners-up Kevin Anderson and Milos Raonic are up for the Comeback Player of the Year award.

Argentine Swartzman has been nominated for the Most Improved Player of the Year as well as the Stefan Edberg Sportsmanship Award.

The 28-year-old started the year at No 14 in the ATP Rankings, but reached a career-high of No 8 in October that saw him qualify for the ATP Finals for the first time. He also finished runner-up at the Italian Open and reached the semi-final of a Grand Slam for the first time after beating US Open champion Dominic Thiem in the quarter-final.

He is up against Ugo Humbert, Andrey Rublev and Jannik Sinner.

Russian Rublev won the most titles in 2020 as he secured trophies in Qatar, Adelaide, Hamburg, St Petersburg and Vienna, reached the ATP Finals and finished a career-high of No 8 in the rankings.

Frenchman Humbert started the year outside the top 50, but won the two ATP 250 titles and finished at No 30 while Sinner won his maiden title in Sofia and reached the French Open quarter-finals.

Schwartzman is also up for the Stefan Edberg Sportsmanship Award alongside Rafael Nadal, John Millman and Dominic Thiem.

Having missed the bulk of the 2019 season due to injury that saw him start the year at No 147, Anderson finished the year at No 81 after some encouraging displays.

The former Wimbledon and US Open runner-up managed to play in all three Grand Slams, reaching the third round at Roland Garros.

Raonic is back up to No 14 in the rankings having started 2020 at No 32 after finishing runner-up at the Cincinnati Masters and reaching the quarter-final of the Australian Open.

Kuznetsov played his first ATP Tour-level match since 2017 due to a long-standing hip injury, reaching the second round of the US Open while Canadian Pospisil started the year at No 148 and finished at No 61 after finishing runner-up in Montpellier and Sofia.