A ‘great tournament for me’, says Novak Djokovic as he boosts No 1 hopes with Paris title 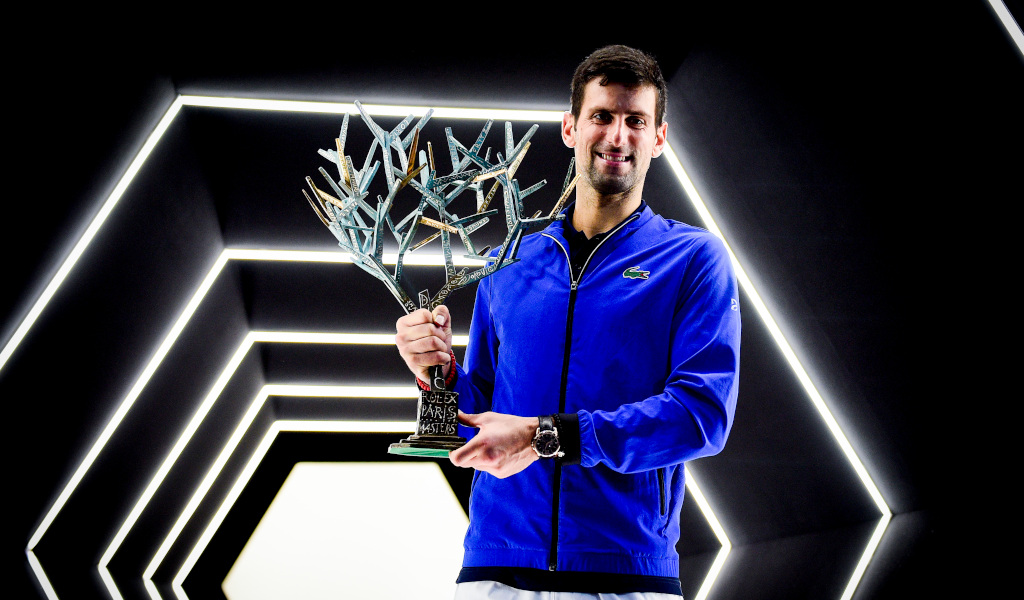 He started off a bit slowly at the Paris Masters, but the Novak Djokovic juggernaut clicked into gear after the third round and it was unsurprising when he produced a clinical display against Denis Shapovalov in the final.

The world No 1 brushed aside Shapovalov 6-3, 6-4 in just over an hour in Bercy on Sunday to win the ATP Masters 1000 title in Paris for a fifth time.

Having been taken to a tie-breaker in his first two matches earlier in the week, he had no such problems on Sunday as he raced into a 3-0 lead in the first set and then served it out.

The 16-time Grand Slam winner was always in control in the second set, but he had to wait until the seventh game to get the break.

“I served very well, there were not many rallies in the match. A break in each set was enough, it was the best serving performance in this tournament,” he said.

“It was his first Masters final so in a way experience prevailed.”

He added: “It was a great tournament for me. I didn’t drop a set, I played really well, especially in the last three matches.

“I thought that as the tournament progressed, I felt more confident, more comfortable on the court and I was playing better.”

The win saw Djokovic move to within one trophy of Rafael Nadal’s record 35 ATP Masters 1000 titles while it also gave his hopes of finishing the year as the No 1 a big boost.

Nadal will replace him as the No 1 in Monday’s ATP rankings, but the Spaniard only has a 640-point lead with only the ATP Finals still to come.