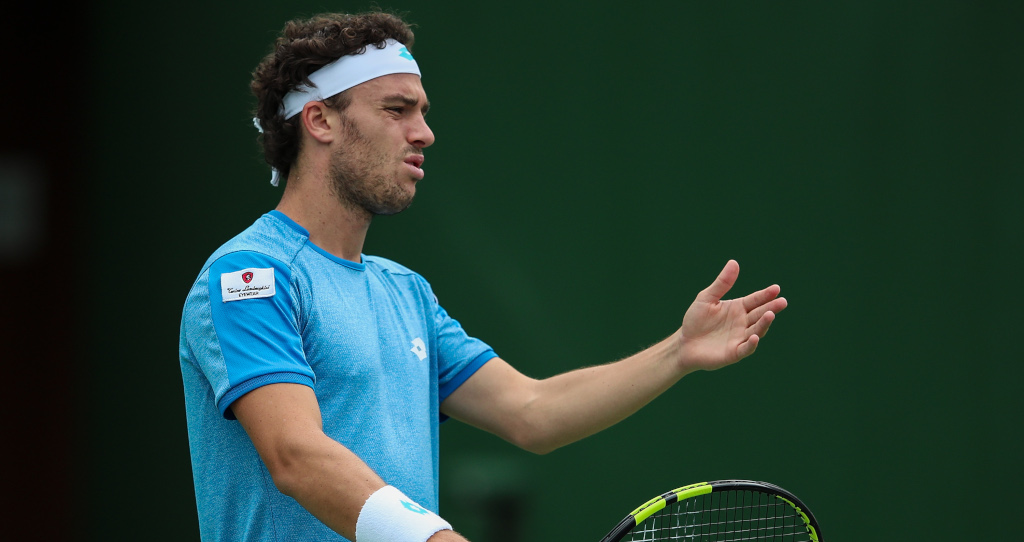 Top seed Marco Cecchinato fell at the first hurdle at the Kremlin Cup on Wednesday as he was beaten in straight sets by Adrian Mannarino.

Frenchman Mannarino took just 52 minutes to dispatch Cecchinato from Italy 6-2, 6-3 and secure his place in the quarter-finals.

Next up is Egor Gerasimov after the Belarusian qualifier claimed another big scalp. After upsetting defending champion Damir Dzumhur in the first round, Gerasimov saw off the challenge of Benoit Paire in the second round, winning 6-4, 6-4.

In the bottom half of the draw, the third seed Karen Khachanov flew the Russian flag as he secured a 6-4, 7-5 win over Lukas Rosol.

He will face either fifth seed Nick Kyrgios or Mirza Basic in the quarter-final.