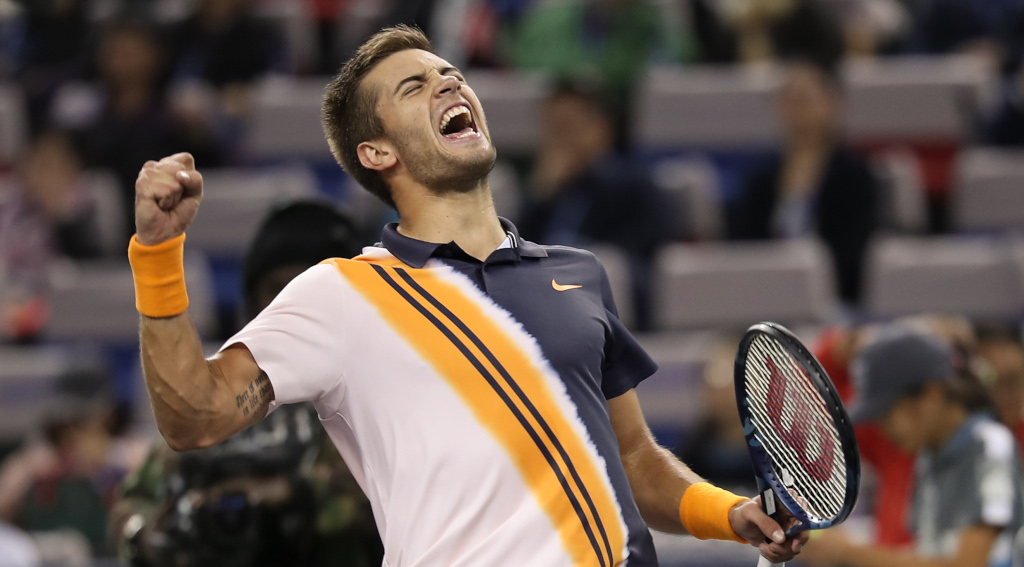 Borna Coric made it two wins in two matches against Roger Federer as he beat the defending Shanghai Masters champion to reach his first ATP Masters 1000 final.

The Croatian also stunned the 20-time Grand Slam winner in the final of the Halle Open earlier this year and he backed that up with another brilliant display in China on Saturday.

The 13th seed beat Federer 6-4, 6-4 in one hour and 14 minutes to set up a final showdown with Novak Djokovic, who swept aside Alexander Zverev in the first semi-final.

Defending Champion out!@borna_coric is through to his first Masters 1000 final, defeating Roger Federer with a near flawless performance 6-4 6-4.#RolexSHMasters pic.twitter.com/7oE2zCD1Ne

Coric was aggressive, especially on serve, from start to finish and he broke in the opening game of the match and went on to take the first set with his first set point.

It was a similar story in the second set and he fashioned another couple of break points, but couldn’t back it up, although in the end it didn’t matter as he went on to win the match without facing a single break point on his serve.

The result means the Coric-Federer head-to-head now stands at 2-2.