Agony for Jamie Murray after ‘ridiculous’ miss, but ecstasy for Nick Kyrgios’ after ‘special’ win 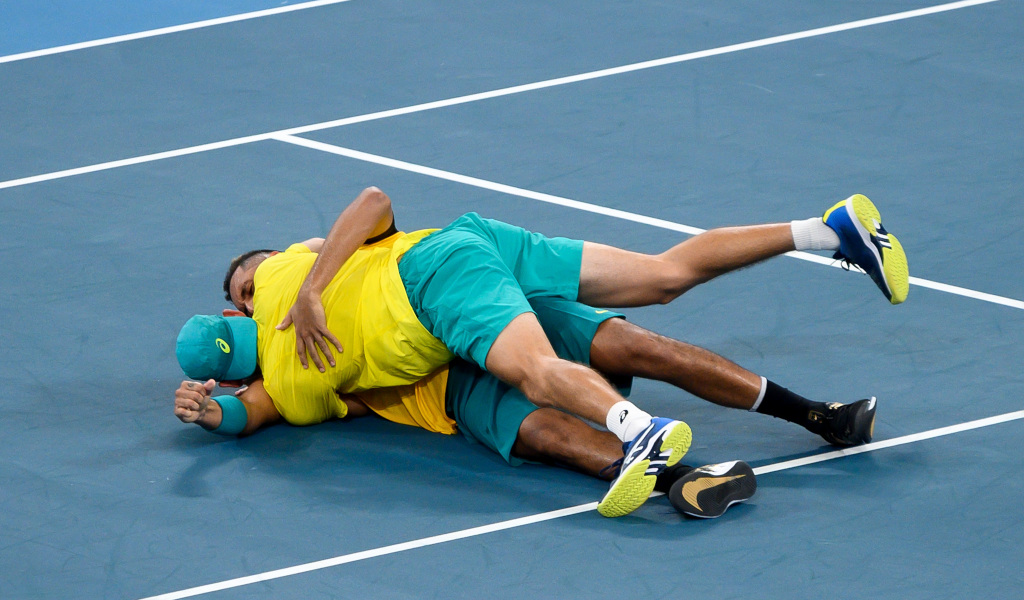 While Jamie Murray and his fellow Great Britain players were left devastated by the defeat, Nick Kyrgios and his team-mates were having the time of their lives.

After the two singles rubbers were shared, it was down to the doubles pairings and it went down to the wire with Kyrgios and Alex de Minaur prevailing via the sudden death tie-breaker, winning 3-6, 6-3, 18-16.

Both teams squandered four match points in the tie-breaker and Murray’s miss at the net – a backhander on top of the net that went long – was particularly difficult to swallow for the Scot.

“I missed that shot basically on top of the net, which was ridiculous,” he said. “We hung in and we did well. We just couldn’t quite get the last point. Yeah, we lost. I mean, that was it.”

For Kyrgios, it was “one of the best moments of his career”.

“It was unreal. The adrenaline has kind of worn off and I’m exhausted after that match. It was awesome,” Kyrgios said.

“Today was probably one of the best moments in my career, definitely. Just making it through to the semi-final, the first-ever ATP Cup in that type of fashion, was pretty special… we genuinely care for each other, and [our teammates] were genuinely just so ecstatic to get through.”