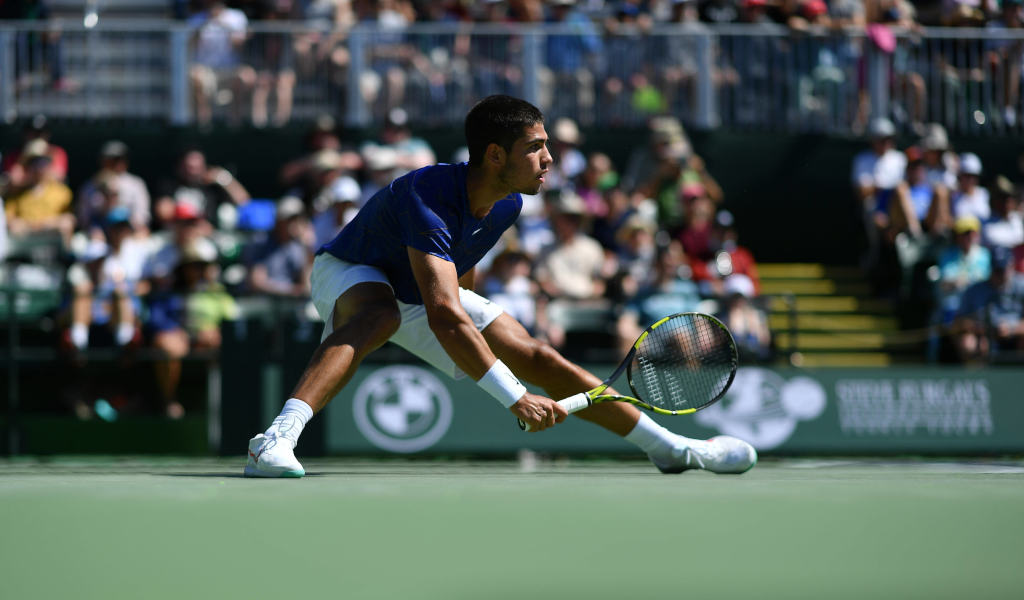 The ATP Tour spent several years hyping the ‘Next Gen’ of superstars breaking through the ranks, but they may just have picked the wrong generation to focus on.

With the era of Novak Djokovic, Roger Federer and Rafael Nadal dominating the game coming towards a natural end, the need to promote new heroes to carry the game forward has been pressing for some time.

The remarkable longevity of the three champions at the top of the sport has ensured their days of winning the game’s biggest prizes have continued for longer than many in tennis expected, but it feels like this next generation is finally ready to knock them off their perch.

As Carlos Alcaraz and Capser Ruud booked their places in the final of the Miami Open, a tournament that lacked the presence of Djokovic, Federer and Nadal for different reasons had finalists to cherish, even if the new kids on the block have a long way to go before they have the global appeal of the greats of the modern game.

Winning major titles is the only way a legend can be built and that will take time, yet the new kids on the tennis block in this latest batch of bright young things appear to have a little more about them than what went before.

It’s hard to describe Alexander Zverev as a failure after winning two ATP Finals titles and an Olympic gold medal, yet the harshest of critics would suggest the German has failed to live up to his billing from the first round of ‘Next Gen’ wannabees.

Karen Khachanov was another player hyped as a potential champion who is still waiting to break through at Grand Slam level, while Alex de Minaur and Felix Auger-Aliassime are among those continuing to knock on the door at the top of the game and failing to be granted entry.

Now, the tennis world is asking whether Alcaraz will be the player to break down the barriers to glory at the top of the game?

At the age of 18, he seems to be the most likely star who could ruffle the feathers of Djokovic and Nadal in the upcoming clay court season, with his power-packed hitting from every angle of the court making him a one-man highlight reel every time he steps on court.

Here is a kid with huge charisma, a massive game that has already tested the best in the game and given his tender age, there is so much more to come from him on all surfaces.

Until he wins Masters titles consistently and then starts to challenge in the Grand Slam events, Alcaraz will remain among the ranks of youngsters who could be the future of tennis when the ‘Big 3’ have said their emotional farewells.

Yet there is every reason to believe that tennis has found a player who will make the leap from the ranks of nearly men to the top podium and his name may be Carlos Alcaraz.