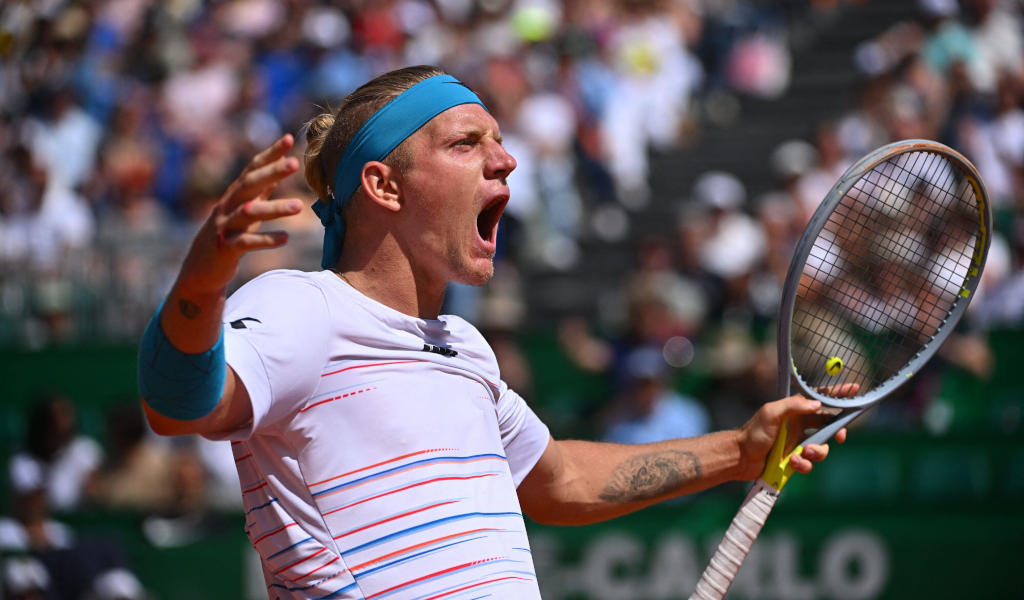 Alejandro Davidovich Fokina sealed a first ATP 1000 final with a 6-4, 6-7, 6-3 victory over Grigor Dimitrov at the Monte Carlo Masters.

Davidovich Fokina gained an early edge as he picked up the first break point of the match after just nine minutes.

The Spaniard held firm for the rest of the first set and gave Dimitrov plenty of trouble on serve on the way to 6-4 first set win.

Dimitrov responded with a strong start to the second set going 2-0 up, but Davidovich Fokina would claw the break back before taking the initiative and serving for the match at 5-4.

Davidovich Fokina couldn’t close out the set as Dimitrov broke back.

The Bulgarian then dominated the second set tiebreaker as it seemed the young Spaniard’s nerves got the best of him.

Dimitrov gained an early break again in the third, but an epic Davidovich Fokina service game would prove a turning point.

After 13 minutes, Davidovich Fokina held serve to avoid going down by a double break in the third set.

Foki is a FINALIST in Monte-Carlo! 🌟@alexdavidovich1 sees off a third Masters 1000 champion this week in Dimitrov to reach the 2022 #RolexMCMasters final! pic.twitter.com/tvKxAeKELX

Davidovich Fokina needed to save four break points, even deploying one of his infamous underhand serves on one exchange before eventually holding to make it 2-1.

The 22-year-old fired in his groundstrokes with consistent and impressive depth, successfully targeting Dimitrov’s backhand. He rallied from a break down in the third set to triumph after two hours and 42 minutes.

He reeled off four game wins in succession to take a 5-2 lead in the third.

When he found himself serving for the match again in the third, Davidovich Fokina combated his nerves by getting the crowd into it.

A fired up Davidovich Fokina played an excellent service game and eventually won the match with an ace.

Davidovich Fokina had already defeated World No 1 Novak Djokovic and added the scalps of Taylor Fritz, Marcos Giron, David Goffin on his way to the last four.

He will face either second seed Alexander Zverev or reigning champion Stefanos Tsitsipas in Sunday’s final.