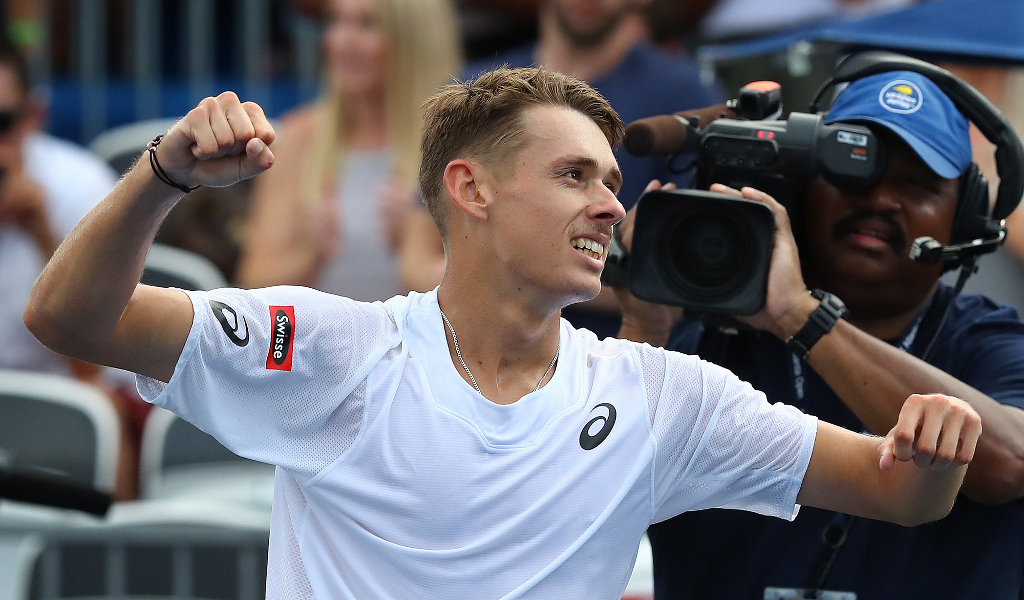 The past few months have been a struggle for Alex de Minaur, but the Australian can put that all behind him after he won his second ATP Tour title by beating Taylor Fritz in the Atlanta Open final.

After winning the Sydney International at the start of the year, De Minaur stuttered a little as he struggled with injury that saw him make several early exits during the clay and grass-court seasons.

But it all clicked in Atlanta as he became the tournament’s youngest winner as he was just too good for the second-seeded Fritz, winning 6-3, 7-6 (7-2) in one hour and 17 minutes.

We have a winner!

The third seed, who didn’t face a single break point in his four matches, broke in game seven of the opening set and then wrapped up the set with a second break two games later. After no breaks in the second set, De Minaur dominated the tie-breaker.

“This one is really special to me. I felt like I really needed this,” he told ATPTour.com. “To start the year with a bang and then be slowed down by injuries… you expect your level to be right there once you come back, but you have to slowly grind your way back.

“I’ve been playing great tennis and felt like if I could keep it all together, the good results will come. This is a week that will really help me out.”