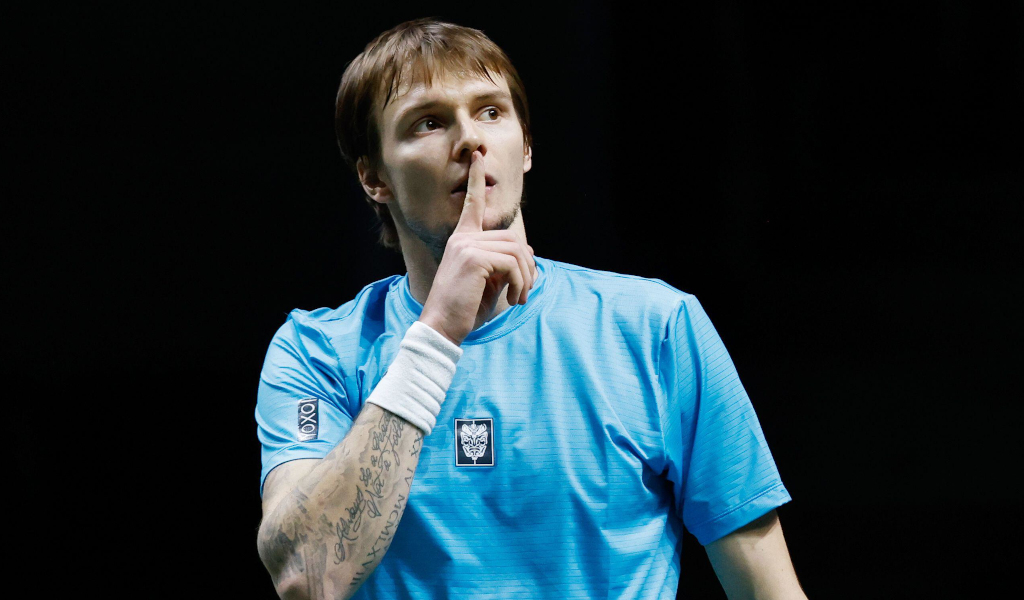 Alexander Bublik has defended Nick Kyrgios, saying he “brings tons of fans” to matches while he also criticised the ATP’s decision to impose stricter punishment for those who violate the code of conduct during matches.

The recent American swing has seen several unsavoury on-court incidents with Alexander Zverev expelled from the Mexican Open after hitting the umpire’s chair while Kyrgios and Jenson Brooksby were fined after racket throwing episodes.

ATP Chairman Andrea Gaudenzi admitted last week that the powers that be were concerned about the “dangerous moments”, saying officials have “been directed to take a stricter stance in judging violations of the Code of Conduct” adding that repeat offenders could face stiffer penalties.

When asked by Tennis Channel if he is in favour of harsher punishment for those who lose their temper on court, Bublik replied: “I don’t know. This happened after the whole explosion in the American swing.

“Nick brings tonnes of fans, what are they here for, what are we here for? To watch guys walking on court with suits? This is sport, it’s supposed to be a bit of emotion and they try to put in some kind of a cage where we cannot talk.

“I am 24 and I see who brings attendances and fans to the game. Have you ever seen doubles fans? No. He brings doubles fans. Sometimes he does something not appropriate for tennis and they want to make a cage even tighter for us.

“I don’t think it’s good for sport, maybe if you are 65 and you come with your grand kids and they don’t want to hear bad words, but the reality is in America the stadiums were full. Australia they were filled, everywhere.

“For me I am not a fan of it, we should have more room. I think we need people who bring attendances. Of course you cannot do certain things and you need to be punished, but let us talk, don’t look at us every minute when we talk.”