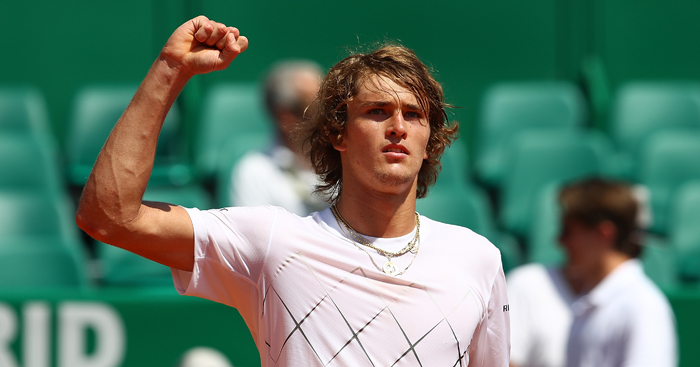 Alexander Zverev and David Goffin have both moved into the quarter-finals of the Monte Carlo Masters.

Third seed Zverev was made to work hard by his fellow German, Jan-Lennard Struff, but emerged with a 6-4 4-6 6-4 win that could potentially set up a match with his older brother Mischa.

Meanwhile, Belgian sixth seed Goffin had a more straightforward passage into the quarters, although he did have to survive a late surge by Roberto Bautista Agut.

After taking the first set, Goffin led 4-1 in the second.

However, following a curious incident in which Bautista Agut received a code violation for striking a ballboy with a ball as he ran across the net, the Spaniard won four games in a row to level at 5-5.