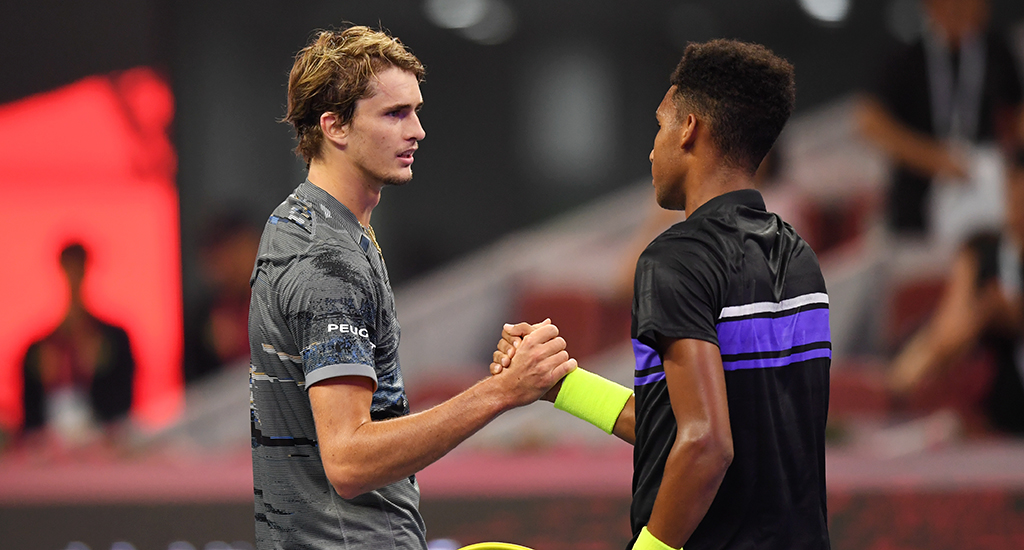 Alexander Zverev and Stefanos Tsitsipas are both looking likely to qualify for the ATP Finals in London next month after second-round victories at the China Open.

Zverev, the defending champion, is in most danger of missing out on the chance to defend his crown, but  a 6-3, 6-1 victory over Felix Auger-Aliassime in Beijing has come as a welcome boost.

Tsitsipas, meanwhile, who is currently sixth in the race to London after a few months of struggle, came from a set down to beat last year’s China Open winner Nikoloz Basilashvili 4-6, 6-3, 6-2.

Three sets were also needed for Sam Querrey to get past Diego Schwartzman.

Earlier, John Isner ended the hopes of British number two Dan Evans with a 7-6 (7-3), 7-5 win in just under two hours. The big-serving American will meet Tsitsipas for a place in the semi-finals.

Third seed David Goffin moved into the quarter-finals of the Japan Open with a straight-sets win over Denis Shapovalov.

Goffin goes on to face Hyeon Chung after the Korean knocked out sixth seed Marin Cilic 6-4, 3-6, 6-1.