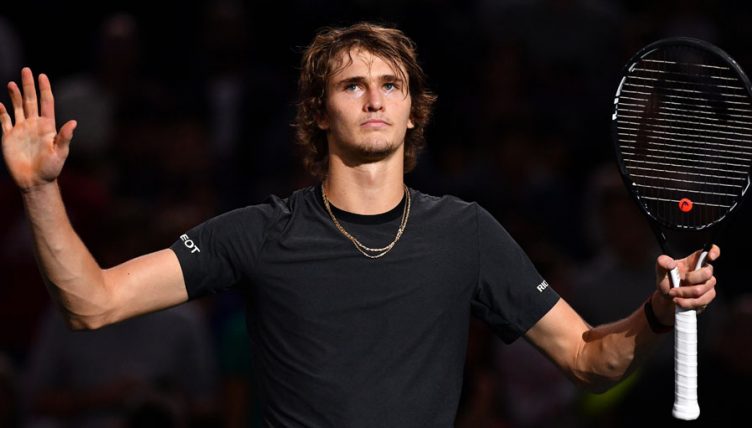 Alexander Zverev has lifted the lid on his on-court argument with Karen Khachanov, explaining it was due to his shoulder injury.

At the end of a one-sided first set in his 6-1 6-2 defeat, Zverev complained to Khachanov about what he believed to be over-zealous reactions from the Russian’s camp at courtside.

“I told him my shoulder is hurting and that his uncle, or something, he’s going a bit crazy,” he explained.

“And I told him to tell him to keep it down because he was going a little bit too much over the edge.

OPINION: An ageing Roger Federer, a creaking Rafael Nadal, no Murray, no Wawwinka, an injury-ravaged Del Potro, a shocking Novak Djokovic for half the year… Alexander Zverev has never had a better chance, so stop moaning! https://t.co/gUhUAa8SDh

“I was never going to win the match, so it was just I told him to calm down a little bit.”

“When you are losing, maybe you get frustrated from some calls from somebody in the crowd.”

Khachanov added: “Maybe somebody from my box screamed on his mistake and that was the reason.

“But then we’re good friends outside the court and everything is fine.”