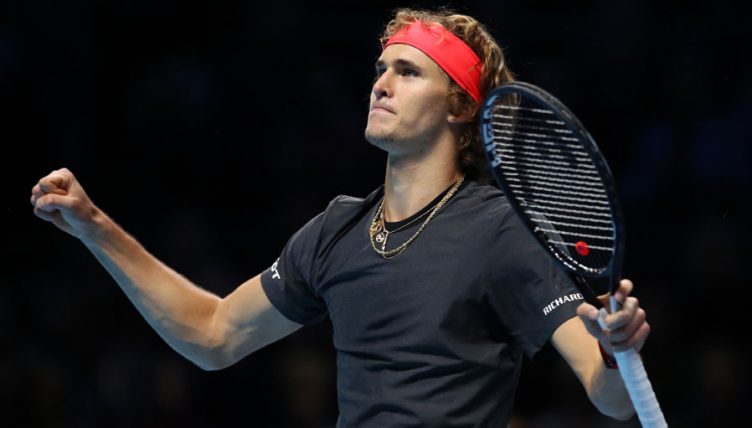 Alexander Zverev eased himself into the semi-finals of the ATP Finals with a straight sets win over John Isner.

The German’s 7-6 6-3 win means he is the youngest player to reach the tournament’s last four since 2009 and sets up a match against Roger Federer on Saturday.

“It’s obviously great getting to the semi-finals,” he said.

“But the tournament isn’t over. I am in the semi-finals.

“I’m playing Roger, which is going to be a very difficult but hopefully very nice match. We’ll see how far I can go.”

Later, Novak Djokovic, who had already qualified for the semi-finals won 31 points in a row en-route to defeating Marin Cilic 7-6 6-2.

He’ll take on Wimbledon final opponent Kevin Anderson in the other semi-final, and he’s notexpecting an easy time.

“Obviously I knew before the match that I had already qualified, and I knew who I’m playing, so it wasn’t easy to approach this match with 100 percent willingness to win it,” said Djokovic.

“But this is a unique format and both of us wanted to win from the first point.

“It was a close first set which probably decided the match.

“(Anderson) is playing some great tennis, it’s definitely his best season and he’s continued doing that throughout this tournament.

“He’s playing well, serving well, very aggressive, so I know what to expect.”