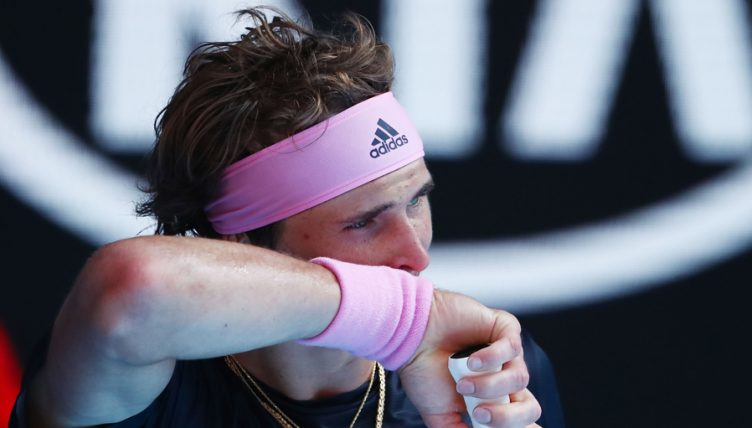 Alexander Zverev refused to let himself be bogged down in more Grand Slam disappointment after his Australian Open loss to Milos Raonic.

The German has developed an unwanted reputation for being unable to deliver in Slams, with last year’s French Open quarter-final still his best ever performance.

That record continued in Melbourne, where he was blown away in straight sets by Raonic.

However, Zverev has vowed to improve.

“I mean, I played bad,” said the 21-year-old. “The first two sets especially I played horrible.

“Yeah, it’s just tough to name on one thing. I didn’t serve well, didn’t play well from the baseline.

“Against a quality player like him, it’s tough to come back from that.

“I have been struggling with my second serve the whole week, actually. I don’t have a lot of rhythm on it, so I tried to figure that out, I tried to work on that.

“Hopefully I will be better next time. Right now I’m not happy, but I’m not depressed, either.

“If I would think it’s the end of the world every time I lose a tennis match, I would be very depressed about 15 to 20 times a year. So I’m not going to do that.”

Zverev showed how frustrated he was by destroying a racket on court, but it seems to have served its purpose.

“It made me feel better,” he admitted. “I was very angry, so I let my anger out.”