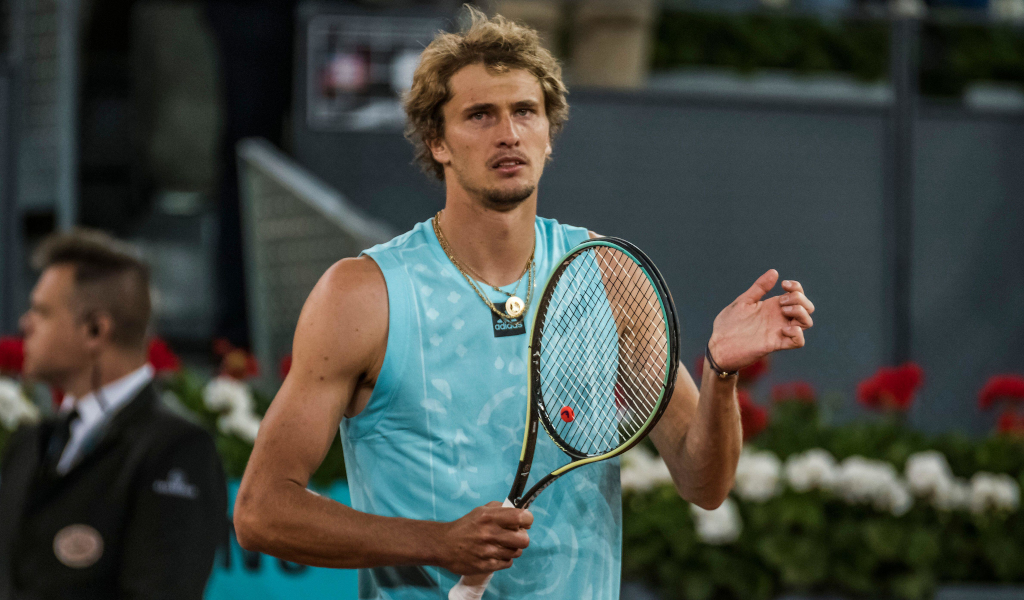 Alexander Zverev remains on course to defend his Madrid Open title, but the second seed admits he will need to be at his best if he is going to see off the impressive Carlos Alcaraz in the final.

Two-time Madrid champion Zverev had to work for his semi-final victory in the late match in the Spanish capital on Saturday as he dropped a set before beating long-time rival Stefanos Tsitsipas 6-4, 3-6, 6-2 in an encounter that lasted just under two hours.

The first set yielded only one break of serve – in game seven – while Tsitsipas turned the tables in the second set with a break in the eighth game to take it to a decider.

The German, who beat Felix Auger-Aliassime in the quarter-final, believes he started to find his rhythm against the Canadian on Friday.

“I thought from yesterday onwards I started to play really well,” he said. “I’m just extremely happy to be in the final here. I know it’s going to be an extremely tough match tomorrow but I hope I can manage to play my best and give myself a chance.”

Up next is rising star Alcaraz, who beat Rafael Nadal in the quarter-final and Novak Djokovic in the semi-final.

“I just hope I can give him some trouble and I hope I can manage to win tomorrow.”