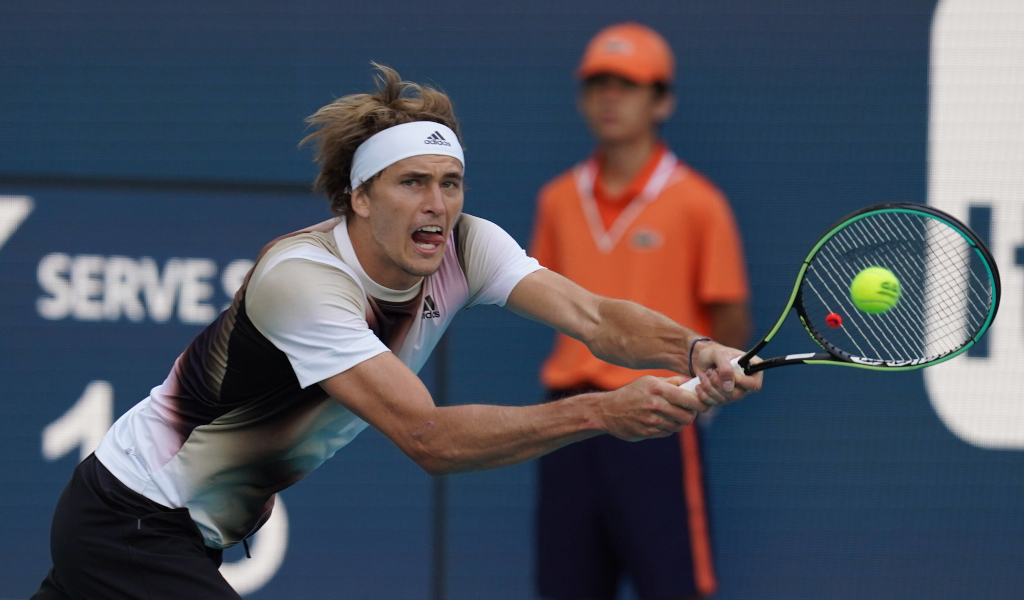 There were signs that Alexander Zverev is slowly returning to form with his performance against Mackenzie McDonald at the Miami Open, but he knows there is a bigger test around the corner.

Zverev has struggled in recent weeks as he needed three sets to beat Borna Coric in the second round in Florida while he lost his opener against Tommy Paul at the Indian Wells Open. Meanwhile, he needed three sets to see off Jenson Brooksby in a marathon encounter in Mexico, but didn’t compete in the second round after he was expelled from the tournament for striking the umpire’s chair with his racket.

Needless to say the German was happy to claim his first back-to-back wins on the ATP Tour since the beginning of February as he beat McDonald 6-2, 6-2 in one hour and 13 minutes.

Zverev raced into a 4-1 lead in the first set with back-to-back breaks while he also started the second set in blistering fashion as he opened a 4-0 lead.

“I’m happy to be finding my rhythm a little bit,” the German said. “I’m happy with getting easier wins, as well. Just generally happy to be in the fourth round. I think the tournament is going to get tougher from here, but I’m ready.”

He added: “The most important thing against Mackenzie is to play deep, that’s the number one priority. Because he’s somebody that tries to go to the net, tries to play aggressive. So try to take that away from him. It worked out well and I’m happy to be through.”