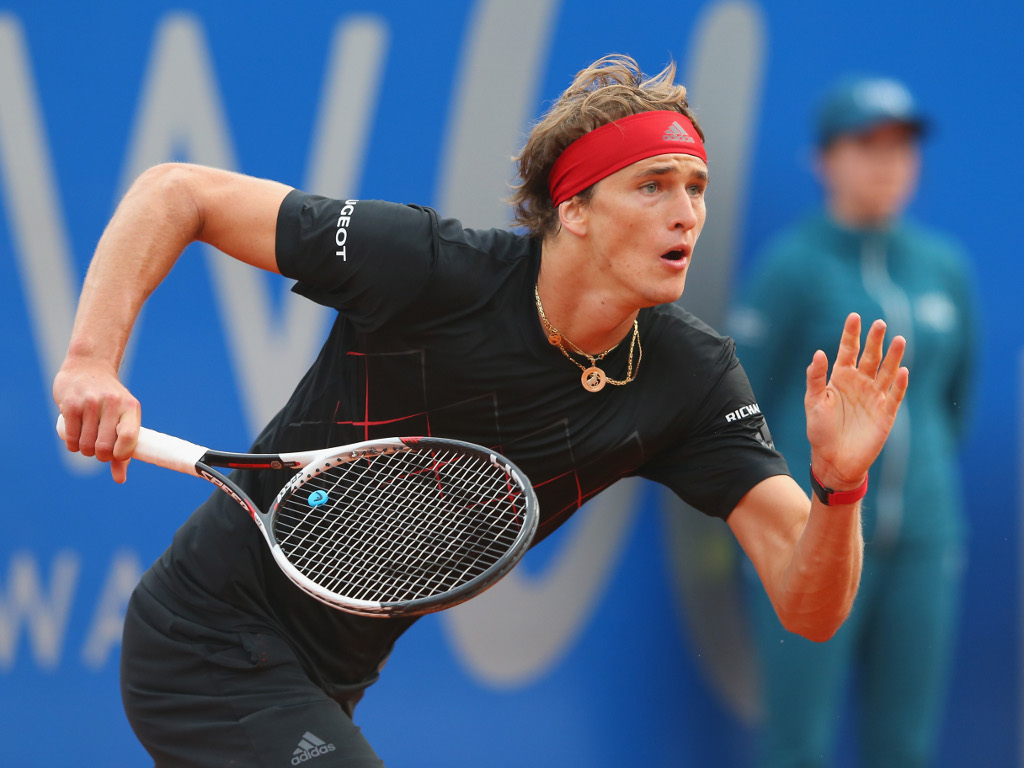 Alexander Zverev needed three sets to reach the quarter-final of the BMW Open in Munich, but Hyeon Chung dropped only two games.

Top seed Zverev lost the opening set tie-breaker against fellow German Yannick Hanfmann before bouncing back to secure a 6-7 (12-14), 6-4, 6-2 victory in a match that lasted more than two hours.

It was a tight first set with no breaks of serve, but Hanfmann held his nerve in the tie-breaker.

Zverev’s class eventually told in the second and third sets.

“I am always happy to get a win like that,” Zverev said after the match. “Obviously [Hanfmann] played one of the best matches of his life today, so I wish him all the best and I hope he is going to continue playing like this in the next few weeks.”

Australian Open semi-finalist Chung had no such problems as he required less than an hour to beat local hero Matthias Bachinger 6-1, 6-1 and secure his first win of the season on clay.

Welcome to the clay season, @HyeonChung ??

Seals his first win of the season on the dirt in style, beating Bachinger 6-1 6-1 in Munich ??#bmwopenbyfwu pic.twitter.com/EAnG2WcjOK

The South Korean will face Martin Klizan next after the Slovak beat Mirza Basic 4-6, 6-3, 7-5.

Germany’s Jan-Lennard Struff also advanced as he came out on top in his all-German clash with Yannick Maden, winning 6-3, 3-6, 6-3.