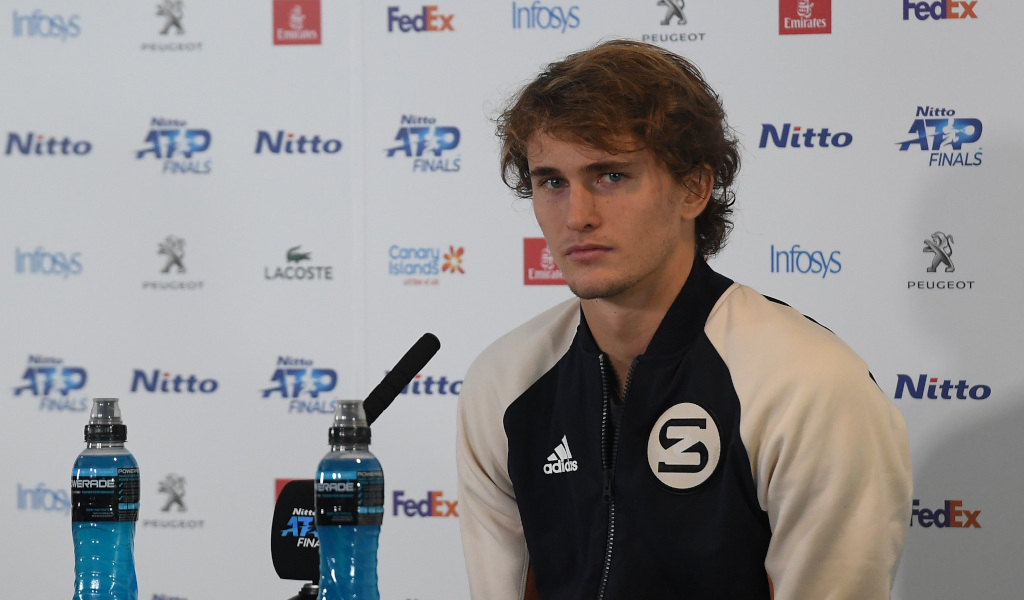 Alexander Zverev has rejected suggestions that he used a phone during his ATP Finals clash against Stefanos Tsitsipas.

The defending champion suffered 6-3, 6-2 defeat at the hands of Tsitsipas in their Group Andre Agassi encounter at London’s O2 Arena on Wednesday.

Midway through the second set, the German was seen fiddling in his bag during a changeover and some pointed out that he was using a phone, which is illegal under the International Tennis Federation regulations.

Zverev was not particularly slick about the phone use either. He’s down a double break in this set, so it hasn’t much helped. pic.twitter.com/9aLb8TL1QN

Zverev was asked about the incident during the post-match press conference, but he dismissed claims it was a phone.

“My phone was in the locker room,” he said. “I always leave it there. I don’t know what they saw, but it was definitely not a phone.”

Asked what he was touching, he replied: “I mean, a water bottle? Empty water bottle maybe?”