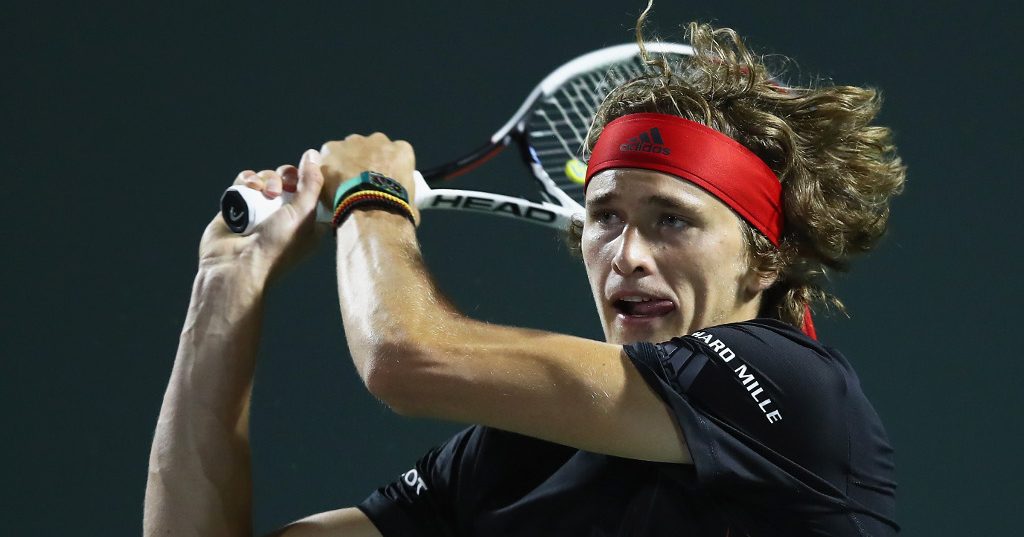 Alexander Zverev got the better of Nick Kyrgios at the Miami Open while there is no stopping Juan Martin del Potro.

In a battle between two players who are expected to dominate tennis in the coming years, Zverev was the one who came out on top with a 6-4, 6-4 victory.

The German claimed a break in the opening game of the match and then backed it up with another break in the fifth game, which turned out to be crucial as Kyrgios broke in game eight.

The important break in the second set came in the fifth game and Zverev moved into the quarter-finals at Key Biscayne for the second consecutive year.

Laser focus gets Alex Zverev past Nick Kyrgios to reach the #MiamiOpen quarterfinals.

“It’s always entertaining playing him. I think the crowd enjoys it,” the fourth seed said.

“The media hypes it up a little bit. We both enjoy this kind of stage. I think the crowd was loving it today. Obviously I’m very happy with how I played, and hopefully I can continue doing so in the next few rounds.”

Zverev will face Borna Coric for a place in the semi-finals after the Croat beat Canadian teenager Denis Shapovalov 7-6 (7-2), 4-6, 6-4.

It was his 14th consecutive victory as he also won the Mexican Open.

“I will try to keep going and see how far I can go,” said Del Potro, who will meet Milos Raonic next after the Canadian beat Jeremy Chardy 6-3, 6-4.

However, second seed Marin Cilic is heading home after he was stunned 7-6 (7-0), 6-3 by American John Isner in one hour and 27 minutes.

“I think in these events, the format is very good for me: two-out-of-three sets,” Isner said.

“In a situation like that, if I’m feeling fit and healthy, which I am, and serving like I did today, I can beat a lot of people playing like that.”