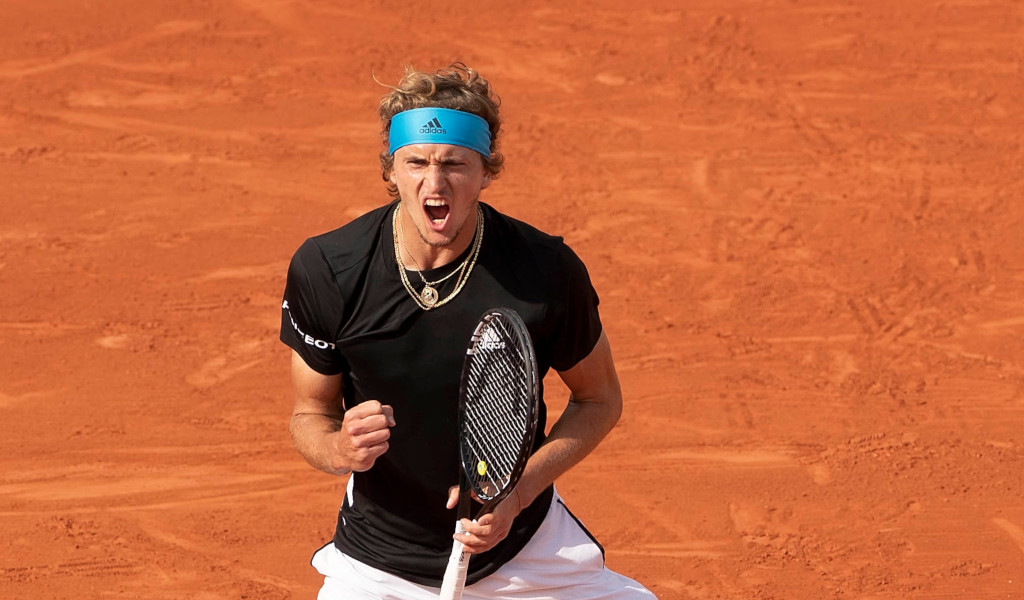 Alexander Zverev required four sets to see off Fabio Fognini in the last 16 of the French Open with his reward a clash against world No 1 Novak Djokovic.

The fifth-seeded Zverev required two five setters in two of his first three matches at Roland Garros and on Tuesday he came from a set down to beat the Italian 3-6, 6-2, 6-2, 7-6 (7-5) in just under three hours.

“I didn’t start well and he did. He played very aggressive, hitting the ball very hard, which made it difficult,” the German said. “But then after first set, I played three very good sets, very solid from my part. And I’m happy to be in the quarter-finals.”

Zverev was broken twice in the first set, but the ninth-seeded Fognini didn’t get another break off his serve after that.

He will be up against a fresh Djokovic in the last eight after the world No 1 took just three sets to beat Jan Lennard-Struff.

"I thought to myself, after every match, I'm gonna say something positive."

Alexander Zverev talks with @BrettHaber about his newfound positivity and what he needs to do to beat Djokovic in the quarterfinals.#RG19 @AlfaRomeoUSA pic.twitter.com/sCG6KPoaI3

Last year’s runner-up Dominic Thiem continues to impress as the fourth seed was a 6-4, 6-4, 6-2 winner over Gael Monfils from France.

Thiem, who will face either Juan Martin del Potro or Karan Khachanov in the quarter-final, raced into a 4-0 lead as he broke the 14th seed twice and Monfils never really recovered.

“It was a really good match, my best match so far in this tournament,” said Thiem. “It was the first match for me at this tournament, where it didn’t have any up-and-downs. It was really solid. I’m very happy.”