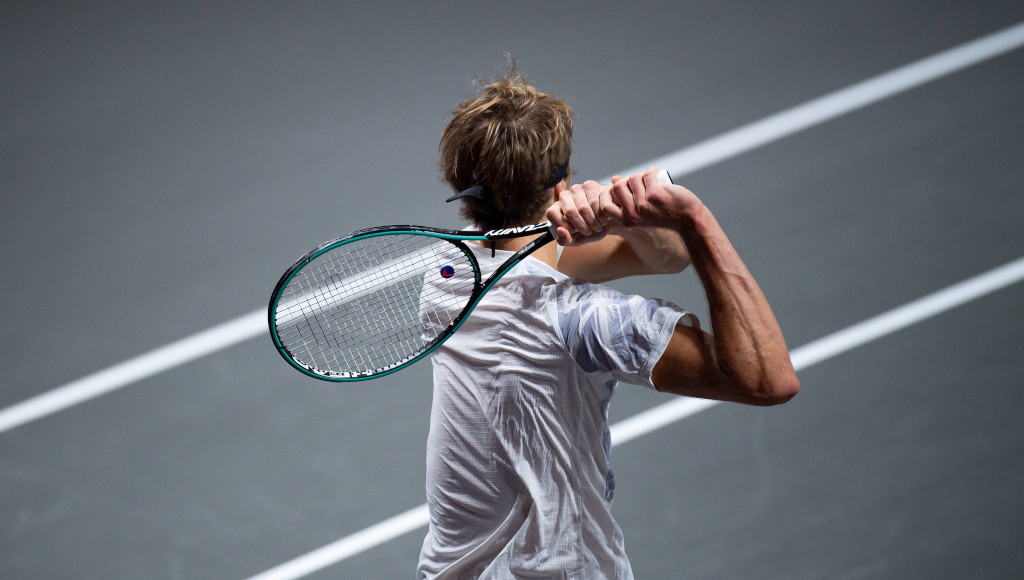 Alexander Zverev continued his winning streak in Cologne as he overcame a spirited John Millman to reach the quarter-final of the bett1HULKS Championship.

Fresh from winning the first edition of the German tournament last week, the world No 7 played “flawlessly” in the first set, lost his way in the second set before pulling it all together in the decider to win 6-0, 3-6, 6-3 in just under two hours.

Zverev broke three times in the first set, but his Australian opponent then broke in game two of the second set before the German broke in game four of the decider to set up the win.

Afterwards he lamented his poor serving”.

“In the first set I thought I played flawlessly, but then I wasn’t focussed at the beginning of the second [set] and the match could turn around,” Zverev said. “John is someone who has beaten top players before… you’ve got to play until the end and I thought I did a poor job serving today. But I got the win somehow.”

He added: “I think John is someone who needs rhythm himself and against a baseliner, against a hard hitter, for me the harder you hit the ball against him the better it is for him. For me, it’s not easy to play slowly, so I think my game suits him quite well.”

Next up is Adrian Mannarino after the eighth seed from France beat Serbian Miomir Kecmanovic 6-3, 6-3.

The Belarusian qualifier found himself serving for the match at 6-5 in the second set, but Auger-Aliassime broke back and then took the tie-breaker.

Gerasimov then saved three match points in game 10 of the decider before the Canadian eventually got the job done in the tie-breaker.

“Tonight showed how cruel tennis can be sometimes,” Auger-Aliassime said after the match. “He had his chances serving for the match in the second set.

“I felt like he was playing a great level of tennis. And then I tried to stick in there, stay calm and try different things, adapt. In the end I got a bit nervous serving up three match points, but those are things that happen and I’m for sure really happy I came back in the last game to save it.”