Alexander Zverev gives positive injury update, but withdraws from Cincy with US Open also in doubt 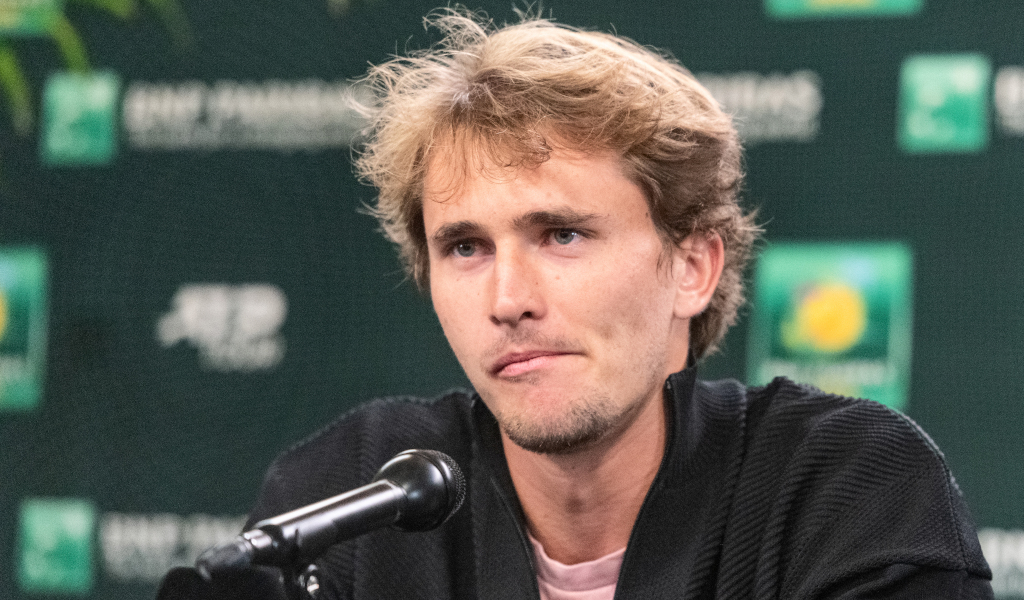 There was good news and bad news from Alexander Zverev as he continues to recover from ankle surgery with the German ruled out of next week’s Western & Southern Open in Cincinnati.

The world No 2 tore several ligaments when he slipped during his Roland Garros semi-final clash against Rafael Nadal at the beginning of June.

After undergoing an operation he initially earmarked a return at the beginning of the North American hard-court season, but he withdrew from this week’s Canadian Open in Montreal and has now also confirmed that he won’t defend his ATP Masters 1000 title in Cincinnati.

There was some good news for the 25-year-old with regards to his rehab as he was virtually pain free following a practice session.

“Of course I moved very carefully, I haven’t built up any pressure on my foot yet, but it’s just good news that I really haven’t had any pain at all – now we can move on,” he said during an interview with RTL/ntv.

It remains to be seen if Zverev will play at this year’s US Open, which gets underway on August 29 at Flushing Meadows in New York, as he concedes that he is “still a long way off” from playing in the majors.

“It’s too early [to make a decision about the US Open], I played tennis for the first time now,” Zverev said. “To play in a Grand Slam it is still a long way off, let’s see how that will work.”

The German is likely to drop out of the top five of the ATP Rankings after Cincinnati as he will lose 1,000 points while he could drop even further if he doesn’t play at Flushing Meadows as he reached the semi-final last year.

It will be a major disappointment for Zverev as he was in with a chance of becoming world No 1 during his run at the French Open, but his hopes were dashes when he had to throw in the towel after picking up an injury in the last four.

He had another opportunity last week, but it was out of his hands as an early defeat for Daniil Medvedev from the Los Cabos Open would’ve earned him top spot in the rankings for the first time, but the Russian went on to win the title.