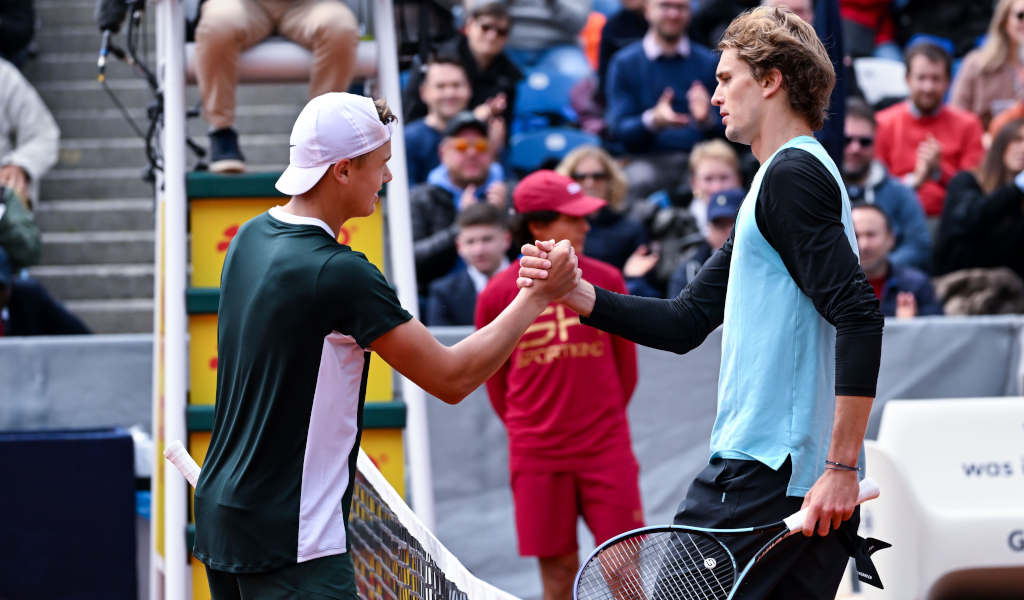 Rune made quick work of the German, who has endured a rough reception on the tour since his Acapulco outburst.

Zverev is Rune’s first top ten scalp having kost his previous three matches against opponents at that level.

Rune said that the match was much tougher than the 6-3 6-2 scoreline suggested.

“It was a difficult match from the beginning,” said Rune in his on-court interview.

“He’s in the top three in the world and has been playing some unbelievable tennis, especially in the past year winning so many big titles.

“I have a lot of respect for him, and I obviously didn’t expect to win in two sets, and with a score like this.

“But it was a really hard match, we played a lot of rallies and I’m really happy about my performance today.”

Rune said that the enormity of his victory hasn’t sunk in just yet.

The crowd appreciated Rune’s game as the German No 1 failed to find his best game and the young Dane thanked them for the acknowledgement.

“I love this tournament,” added Rune. “It’s a bit at altitude, it’s similar conditions to Denmark, so I’m really happy to be here.

“I enjoyed it,” said Rune as he addressed the crowd.

“Obviously it was tough, especially the first set when we played lots of long rallies.

“It was really exhausting but I tried to give the audience a great match because Zverev is an unbelievable player, so thank you very much for the support.”

Rune pounced on Zverev’s malfunctioning serve with the German’s attempts to find rhythm stymied by his opponent’s relentless counter-attacking.

Munich witnessed Rune stringing consecutive match wins together for the first time in 2022 after he had earlier seen off Czech Jiri Lehecka in the Round of 32.

Rune will face the winner of the second-round meeting between Finland’s Emil Ruusuvuori and American Maxime Cressy in the last eight.