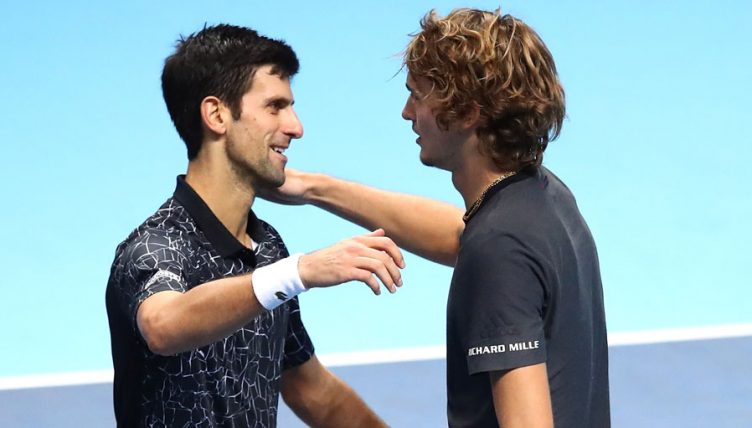 Alexander Zverev should be thanking Roger Federer, Rafael Nadal, and Novak Djokovic as he attempts to move past them, says his agent.

Zverev is being widely tipped to make the breakthrough into the world’s long-established elite next season after winning the ATP Tour finals.

However, his agent, Patricio Apey believes tennis’ brilliant triumvirate have done their part in giving Zverev the opportunity to excel.

Apey, who used to represent Andy Murray, said: “He (Murray) needed to thank Tim Henman and Greg Rusedski who made the scenario of British tennis bigger than it was in the previous 50 years.

“Then with Sascha I also had a very similar conversation: he needs to thank Roger, Rafa and Novak for making the tennis scenario bigger than ever.

“And he is there to use it.

“Tennis players are like the wine.
“All the years you have wine, but in different years, time by time, an amazing, top wine comes through. And the last time that good wines came through was the 85s, 86s, 87s.

“We are speaking of Del Potro, Nadal, Djokovic, Murray and Cilic.

“Then, the generation that happened after them, Raonic and Nishikori… They didn’t do many things.”