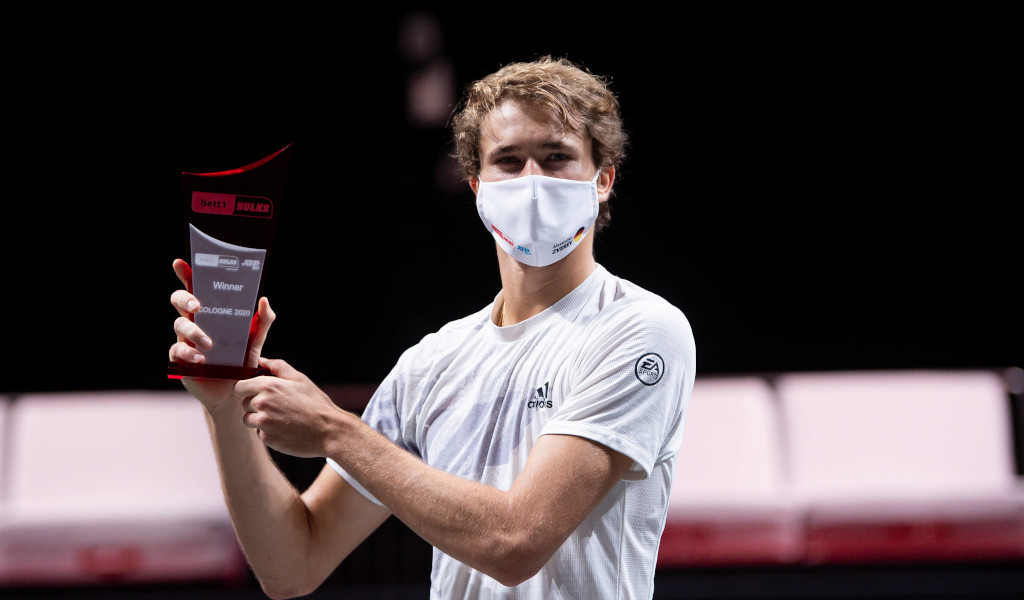 Alexander Zverev made it back-to-back titles in Cologne as he defeated Diego Schwartzman to clinch the bett1HULKS Championship trophy.

Having beaten Felix Auger-Aliassime in last week’s final in the German city, the top-seeded Zverev was in a class of his own in this week’s showpiece match as he dropped only two games in the one hour and 11-minute contest.

The German broke twice in the first set and three times in the second set for the comprehensive 6-2, 6-1 win over second seed Schwartzman.

“Being back in Germany is obviously amazing,” Zverev said. “I’m looking forward to the rest of the season.”

He added: “It’s getting better. I think we’re going to be on top of the game very soon.”

As for his clinical performance against the Argentine, Zverev felt it was his best display over the fortnight in Cologne.

“I know in finals you have to play your best tennis to have a chance, so obviously [I am] extremely happy with my performance,” he said.

“Probably the best match of the past two weeks here. Diego is someone that you can really struggle with. He is somebody who doesn’t miss from the baseline. You really have to win the match against him and I felt like that’s what I did.”