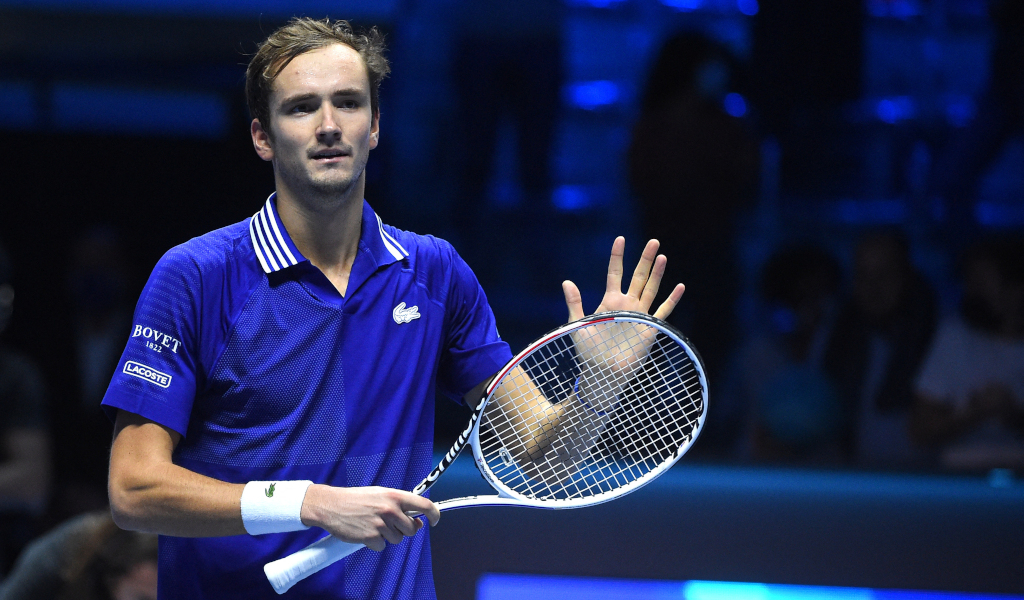 Daniil Medvedev delighted after he maintained his hold over Alexander Zverev with a thrilling victory in their heavyweight showdown at the ATP Finals.

The Russian, who claimed his maiden Grand Slam title at the US Open in September, has now won the last five meetings with his German rival and leads their career head-to-head 6-5.

Zverev has also enjoyed a stellar season, the highlight of which was a gold medal at the Olympics, but Medvedev clearly has his number at the moment.

This was a lot closer, although Medvedev was in total control of the first set after securing a break in Zverev’s opening service game.

The 25-year-old was irked by a marginal foot-fault call which cost him a point in the second-set tie-break, sarcastically giving a thumbs-down gesture to the crowd, as Zverev levelled the match.

But in the third Medvedev saved a break point for 6-5 and came from a mini-break down in the decisive tie-break to make it two round-robin wins out of two and move to the brink of the semi-finals.

“Definitely one of the matches to remember,” the Russian said. “When you win 8-6 in the tie-break in the third, it was 4-2 for him so I was like okay, he serves a few aces it’s done. I made it 6-4 and I was like okay, that’s my moment now. It’s back to 6-6, you get really tight, because I wanted to make a brave move on the 6-5 second serve and volley, didn’t work out at all.

“He made an amazing shot. You are like maybe I should have stayed at the baseline. If I lose the match because of this it’s going to be tough… Just an amazing feeling. Not actually much to say about the match, just amazing.”