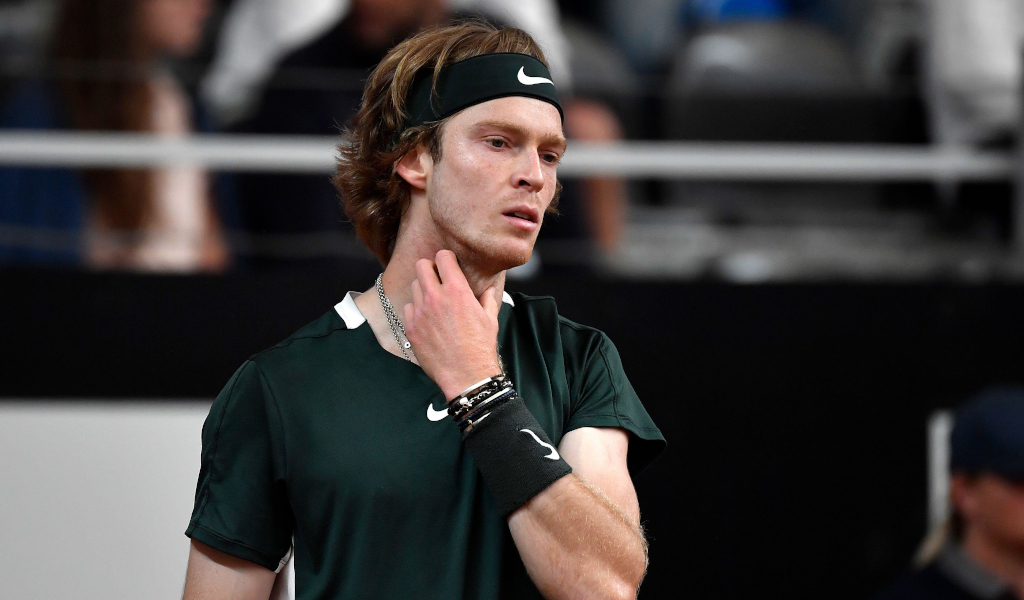 Mother of Andrey Rublev and tennis coach Marina Marenko says her son has been brave to stand against his own country’s war in Ukraine.

Marenko commended her son for his bravery but believes that without that sideshow he would have had a far better season.

Missing Wimbledon also scuppered Rublev’s momentum so it could be argued that politics and their fallout have hit his season hard.

“The year for Andrey was very difficult – there was a lot of pressure from the public, the media and journalists,” Marenko told Sport24.

“If this whole situation did not exist, then, of course, the results would be more successful.”

Marenko said that Rublev felt harassed at media conferences over his views on the war.

Despite this he steadfastly stuck to his pro-peace message.

“Post-match press conferences were given to Andrey hard. The journalists tried in every possible way to provoke, and this put pressure on the still fragile psyche of my son,” Marenko said.

“Political events made themselves felt during the tournaments,” she added.

“Andrey was ready for anything, but not for this. I had to act on the go in order to somehow remain psychologically stable. Andrey is a real hero, I am very proud of him. He accepted all external and internal problems courageously.”

Any mother would be proud of a son who is in the ATP top ten but Marenko feels her boy really has achieved a special season in 2022 in the face of adversity.

“Absolutely without fear approached matches with opponents of different sizes. Yes, at some points it was very difficult, but he was able to overcome difficulties. During the season, I didn’t lose a single simple match, all the matches were very close. I am very happy with the season. Andrey will only get stronger.”

As for the sanctions imposed on Russian players and the national teams, Marenko says she is hopeful that things will soon be worked out for the good of all.

“We all really hope for the best. Every person believes in a good outcome,” she said.

“We believe and know that soon we will be able to perform under our flag, anthem and with our fans. These difficulties will help us appreciate what we have more in the future,” Marenko claimed.

Rublev ended the 2022 season as the World No 8 with four titles to his name.

He had a 51-20 win-loss record across the campaign and will enjoy a good seeding for the Australian Open.