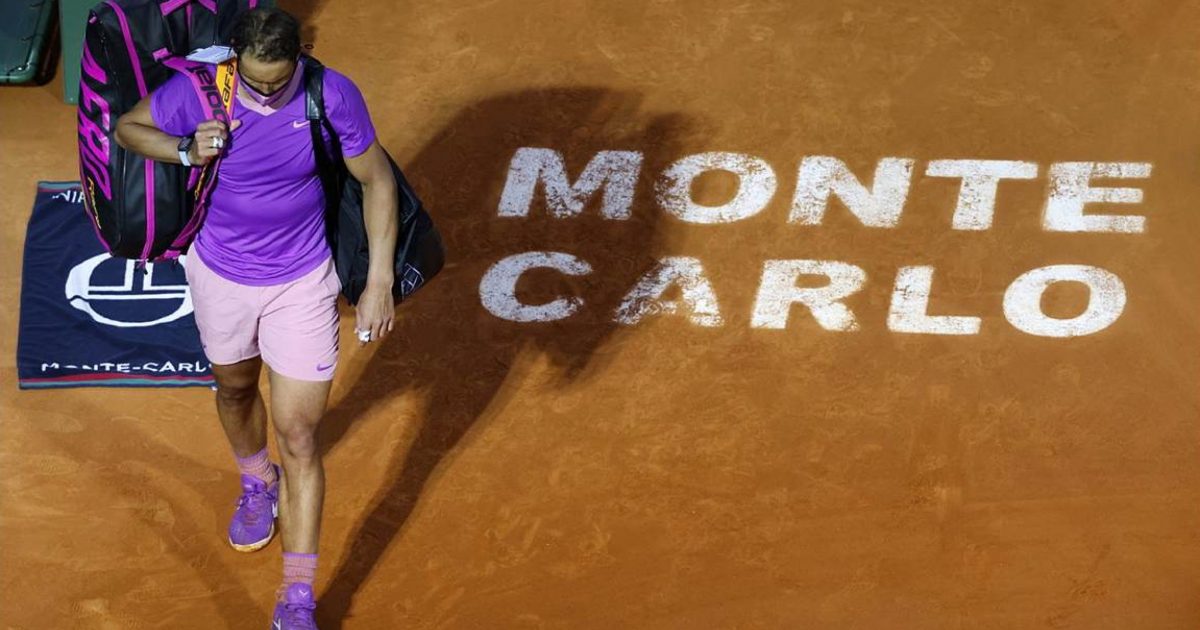 Rafael Nadal failed to reach the semi-finals at the Monte Carlo Masters for just the second time in his last 16 appearances as he suffered a shock defeat to Andrey Rublev.

The Spaniard was bidding for his 12th title at one of his favourite venues but had a rare off day as he slipped to a 6-2 4-6 6-2 defeat against sixth seed Rublev.

Russian Rublev is having another impressive season and has now made back-to-back Masters semi-finals after reaching the last four at the Miami Open, but he was given a helping hand by Nadal, who made an unusual number of errors and cut a frustrated figure.

Rublev looked set to win in straight sets but Nadal dug in in typically gritty fashion to restrict his deficit to one break and then won four games in a row to clinch the second set, but in cool conditions he could not hold off the firepower of Rublev, who swept through the decider.

“I don’t even know what to say,” said Rublev. “I cannot imagine being in the situation of Rafa, knowing that you are the best player on clay and you have that pressure every time.

“I think for him it must be incredibly tough every time. I am in shock with the way he is playing under this pressure and that is why he is a legend.”

In the last four, the Russian will face Norway’s Casper Ruud, who reached his second Masters semi-final by knocking out defending champion Fabio Fognini 6-4 6-3.

Britain’s Dan Evans continued his surprise run by following up a third-round victory over Novak Djokovic by coming from a set down to see off 11th seed David Goffin 5-7 6-3 6-4.

In the last four, Evans will take on fourth seed Stefanos Tsitsipas, who is now the highest-ranked player left in the draw.