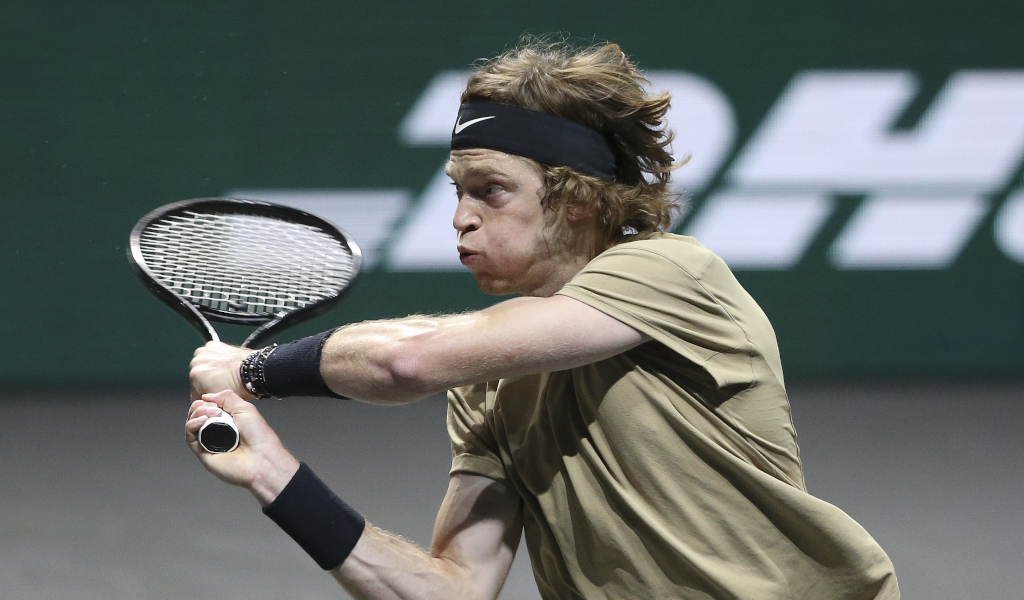 It is 23 ATP 500 match wins and counting for Andrey Rublev as the Russian booked his place in the semi-final of the Dubai Tennis Championships.

His latest win was a 7-5, 6-2 victory over his good friend Marton Fucsovics with the result edging him another step closer to Roger Federer’s record of 28 consecutive wins at ATP 500 level.

“I have really great connection with Marton and we are good friends on Tour,” Rublevk, who has won four ATP 500 titles in a row, said after the win. “I have a huge respect for him. All the matches that we’ve played each other were drama matches. We just smiled because we always have tough matches against each other.

“It’s not easy to play each other. It’s always long rallies, it’s always tough points and in the end we just smiled.”

Next up is another good friend as he will face his compatriot Aslan Karatsev, who continued his excellent form with a 6-7 (5-7), 6-3, 6-2 win over rising star Jannik Sinner.

“I don’t know why, but I’m really excited to play this match because Aslan is playing really well now,” Rublev said. “He’s full of confidence and I want to see how he’s playing. I want to challenge myself, because he’s winning really great matches.”

Lloyd Harris, meanwhile, continued his giant-killing as he took out Kei Nishikori in the quarter-final with a 6-1, 3-6, 6-3 victory over the former world No 4 in an hour and 36 minutes.

World No 81 Harris, who beat top seed Dominic Thiem in the second round, became the first qualifier to reach the last four in Dubai.

“I’ve spent a little bit more time on tour now competing against the top guys,” the South African said. “So, I think I just built on a bit of confidence. I’ve worked on many aspects of the game, for sure, but all in all, just playing a little bit better.”

He will face Denis Shapovalov for a place in the final after the Canadian world No 12 beat Jeremy Chardy from France 7-5, 6-4.