Another win for Andrey Rublev over Marton Fucsovics as Hungarian tells world No 7: ‘I don’t want to see you’ 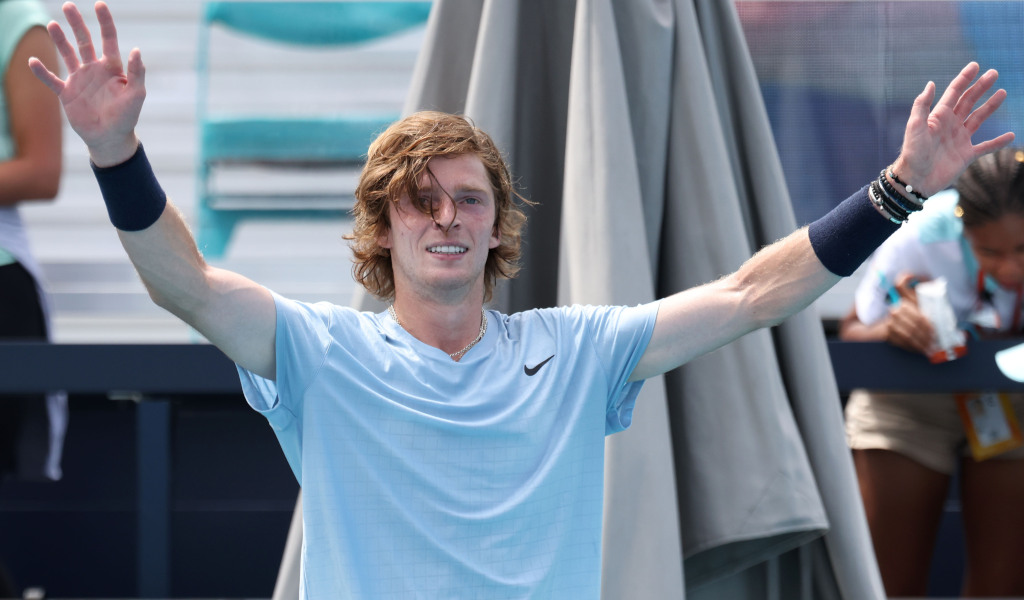 Death, taxes and Andrey Rublev beating Marton Fucsovics in 2021 are some of the certainties in life at the moment as the Russian again got the better of the world No 40 at the Miami Open on Monday.

It is still only March and the duo has already been paired four times on the ATP Tour with Rublev coming on top in three of those matches while the fourth match was a walkover for the world No 7.

Rublev didn’t really have to get into top gear in their latest encounter as the fourth seed booked his place in the fourth round in Miami with a 6-2, 6-1 victory in just 52 minutes.

Three, almost four meetings in March!@AndreyRublev97 vs Marton Fucsovics: the rivalry we’re all here for – except Marton 🙈 pic.twitter.com/28i8pCym0E

Both players saw the funny side of their regular encounters after the Russian’s latest win.

Former US Open winner Marin Cilic is up next for the 23-year-old after the Croatian beat Italian teenager Lorenzo Musetti 6-3, 6-4.

“It’s going to be a really tough match, because we played a [few] times and all of them were really tough,” Rublev said. “He serves really well. He doesn’t give you rhythm from [the] baseline, because he tries to go for the shots.

“I need to bring a good level, and I need to be the one who is going to dictate [play].”

Fifth seed Diego Schwartzman or rising star Sebastian Korda will meet the winner of the Rublev-Cilic clash as the duo booked their spots in the fourth round with solid wins.