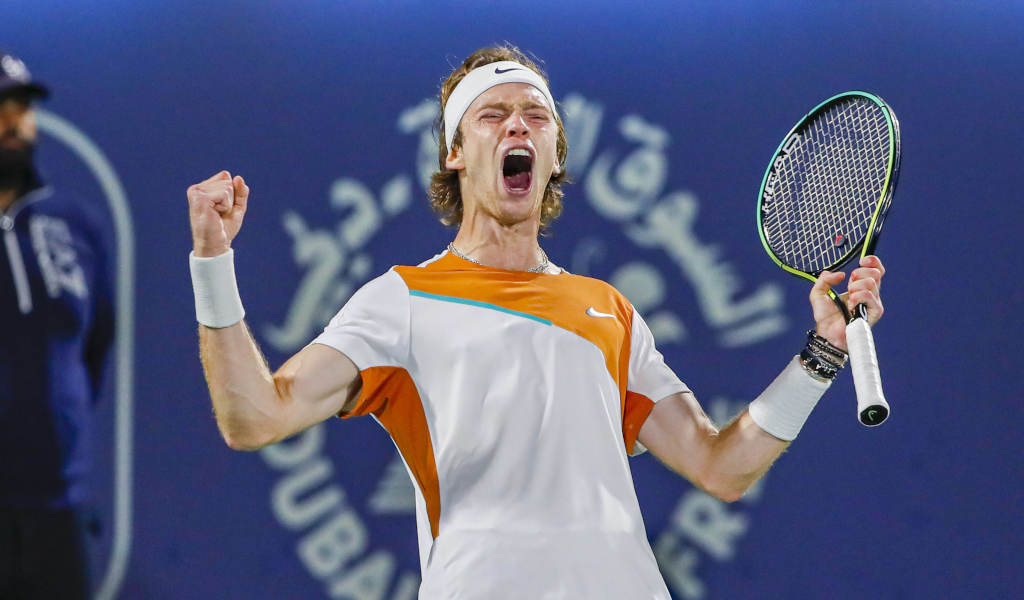 Andrey Rublev clinched a second ATP Tour title in as many weeks with a 6-4, 6-3 win over Jiri Vesely in the final of the Dubai Duty Free Tennis Championships.

Vesely had eliminated World No 1 Novak Djokovic on his way to the final but was no match for the in-form Russian.

Rublev sealed the title in 80 minutes and is playing as well as he ever has but humbly insisted that he had luck on his side against Vesely.

Speaking after the victory a drained Rublev said: “I feel super happy even though I am tired.

“I was lucky today, and that’s why I am happy to be the champion, I didn’t expect this. It’s an amazing feeling and I don’t know what to say.”

Rublev endured a trio of three-set battles on his way to the final but admitted that his opponent had the tougher path to the championship match.

“I think it is likely Jiri was also tired, he had really tough matches since qualies.

“He beat top players starting from the first round. [Marin] Cilic, he beat Roberto [Bautista Agut], then he beat Novak [Djokovic], yesterday he beat Shapo [Denis Shapovalov] 7-6 in the third. Trust me, when you beat these kinds of players, it’s almost impossible to stand up and walk, and he was able to play. Good job to him, good job for the week.”

Vesely was in awe of Rublev’s endurance and will to win after the match.

“I want to congratulate Andrey,” said Vesely after the match. “I don’t understand how he could play two weeks in a row, back-to-back finals, win all the tournaments. It’s crazy.

“It’s been a crazy week for me, starting in qualies and then I saw the main draw, all the matches were amazing players. I was going out there to try my best, play a close match and suddenly I was winning. It was crazy.”

This victory means Rublev’s semi-final defeat to Felix Auger-Aliassime in Rotterdam was his only singles loss across three tournaments in February.