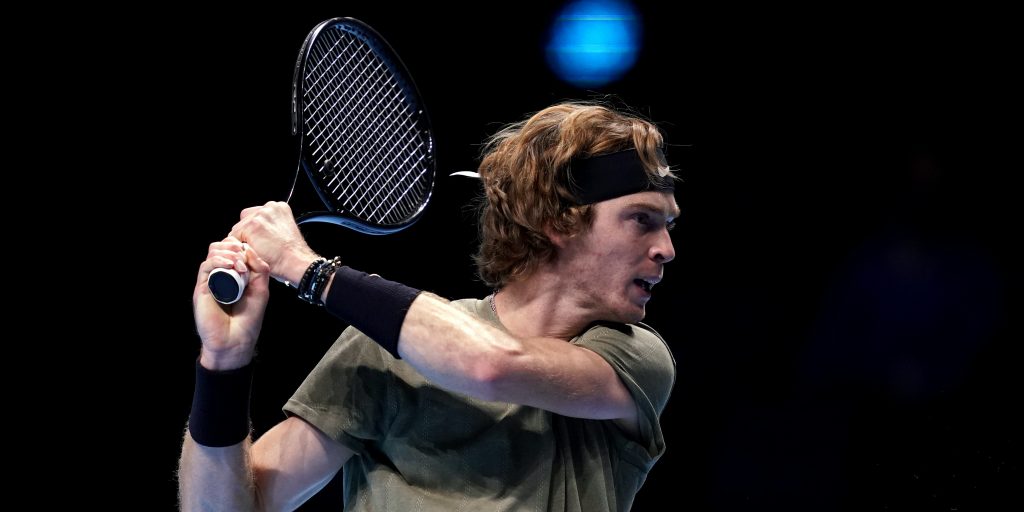 Andrey Rublev continued his stunning run in ATP 500 events as he defeated Marton Fucsovics 7-6 (7-4), 6-4 to win the World Tennis Tournament in Rotterdam.

The win saw Rublev extend the world No.8 extend his winning run at ATP 500 events to 20 matches, as he overpowered his opponent with some classy hitting to claim a win in one hour and 50 minutes.

Prior to his title run in Rotterdam, Rublev also claimed titles in his final three ATP 500 events of 2020 in Hamburg, St. Petersburg and Vienna and he was delighted with his efforts in Holland.

“I was not even thinking about the winning run until the media]were starting to put on the internet 16 matches, 17 matches, 18 matches.

“Of course, it is a great number, but I was not even thinking about it… It is a great feeling to know that I did something that not many players did.”

Only Roger Federer (28) and Andy Murray (21) have compiled longer winning streaks at the level of the ATP Tour since 2009, with Rublev’s last defeat at an ATP 500 event coming against Britain’s Dan Evans in Dubai in February 2020.