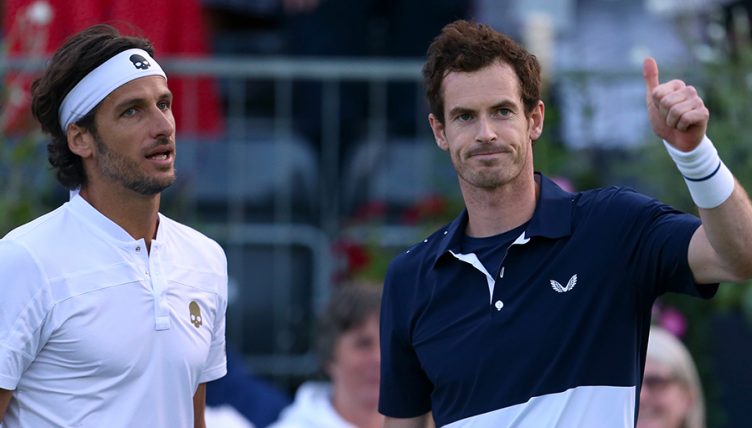 Andy Murray and Feliciano Lopez are to team up in the doubles again, it has been confirmed.

The duo teamed together when Murray made his return to competitive tennis following hip surgery at Queen’s earlier this summer, and delighted the home crowd by winning the title.

Marcelo Melo, Pierre-Hugues Herbert, and Serena Williams have all played with Murray since, with brother Jamie partnering him in Washington this week.

However, Murray has told reporters he will go back to playing with Lopez for the Rogers Cup in Montreal next week.

Meanwhile, Murray has been praised by hip specialist Professor Max Fehily for his progress, but also warned that he is still some way off approaching his old heights.

“He is ahead of schedule in his recovery, Fehily told the Telegraph, “but may not be back to his full recovery for 12 to 18 months.

“We’re six months into that recovery. When he had the surgery hopefully all the arthritic pain will have gone within a few days, but a lot of that soft tissue heeling takes up to 12 month.

“There is plenty of room for improvement, but he is beyond the early complication stage, where we might see an infection, nerve injury or blood clot.

“There is no doubt that this is making very good progress.”