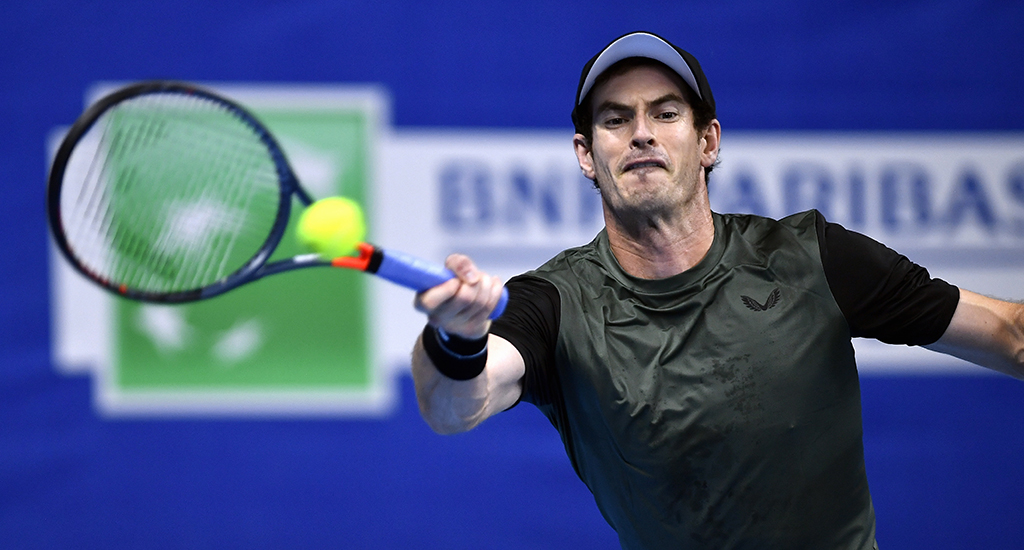 Andy Murray continued his encouraging return from hip surgery by winning his opening match at the European Open in Antwerp.

Murray, making his first appearance at the tournament, was not at his best but was able to battle past Belgian wild card Kimmer Coppejans 6-4, 7-6 (7-4)

Murray, now up to 243 in the world following four recent wins in China, was given a stern test by the world number 158.

It was the Scot’s first victory on European soil since beating Stan Wawrinka at Eastbourne in July 2018.

Antwerp is likely to be the two-time Wimbledon champion’s last tournament of the year, with the possible exception of the Davis Cup next month.

Murray will face eighth seed Pablo Cuevas of Uruguay or Bolivian Hugo Dellien in the last 16.

The veteran Spaniard Lopez claimed the only break of serve in the fifth game of the second set and went on to record a 7-6 (2) 6-4 victory after an hour and 29 minutes.

Norrie, ranked 61, had Lopez at 0-40 in the final game of the match but was unable to break back.

Despite the defeat, Norrie will become the British number two on Monday behind Dan Evans, with defending champion Kyle Edmund set to drop outside the top 70 after failing to qualify.

Seventh seed Jan-Lennard Struff was the top-ranked player in action on Tuesday, the German beating Gregoire Barrere of France 6-2 6-1.

At the Kremlin Cup in Moscow home favourite Andrey Rublev, the sixth seed, secured a break of serve in the final game to beat Alexander Bublik 6-1 3-6 6-4 and reach the last 16.