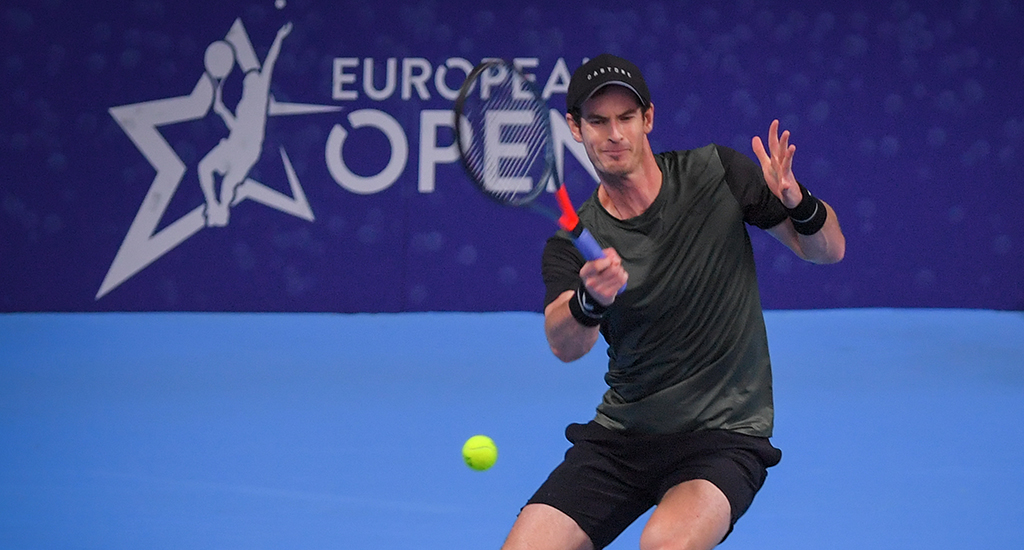 Andy Murray will contest his first singles final since 2017 after he beat Ugo Humbert in the semi-final of the European Open in Antwerp.

Murray had to dig deep in what become something of a marathon match against the Frenchman, eventually earning a 3-6, 7-5, 6-2 win.

The three-time Grand Slam champion, still on the road to full recovery following career-saving hip surgery in January, now faces old foe Stan Wawrinka in Sunday’s final in what will be his fourth match in as many days.

Murray’s clash with Humbert, 21, was his first semi-final since the 2017 French Open when he lost to Wawrinka, who recovered from a slow start to beat Italian teenager Jannik Sinner 6-3 6-2 in his semi-final.

The Swiss, 34, who trailed 0-2 in the first set, is bidding for his first ATP Tour title since winning the Geneva Open in 2017, while 18-year-old Sinner is the youngest semi-finalist at this level since 2014.