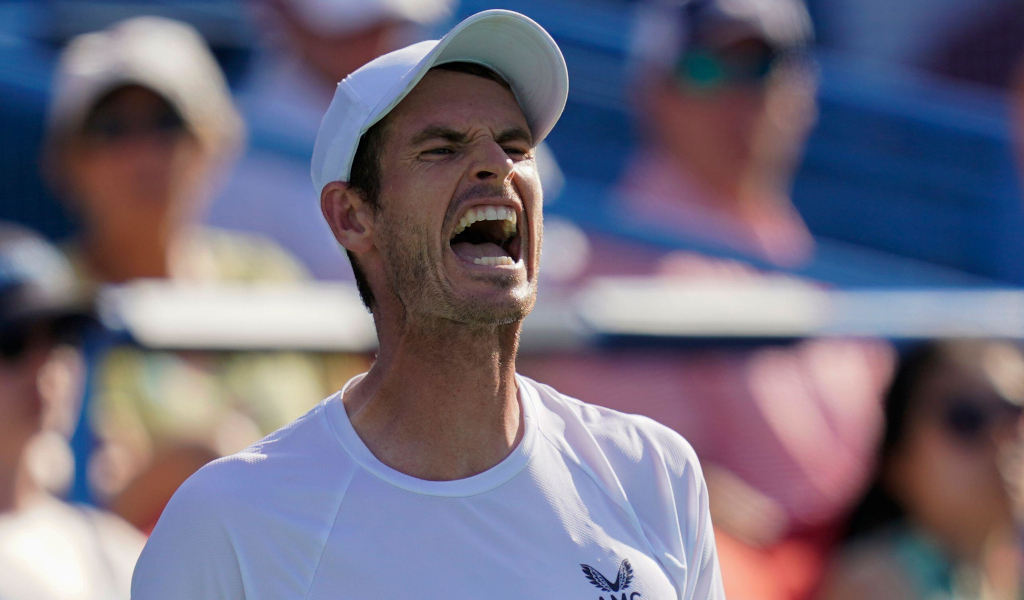 Andy Murray saw his glass as half empty following his early exit from the Citi Open as he admitted “the only positive is that I get more time to prepare for the tournament in Canada”.

After his encouraging run to the quarter-final of the Halle of Fame Open in July, Murray kicked off August on a bad note as he suffered a 7-6 (10-8), 4-6, 6-1 defeat at the hands of Mikael Ymer from Sweden in two hours and 50 minutes.

It was a titanic opening set that lasted one hour and 20 minutes with both players breaking twice. World No 115 Ymer then saved three set points in the tie-breaker before he took the opening set.

After losing his serve in game four, Murray won the next four games and then served out the second set to take it to a decider, but the Swede dominated the third set.

Despite this being his second tournament on his North American hard-court swing, three-time Grand Slam winner Murray admitted that he struggled in terms of fitness and might need to make changes to his training schedule.

“I [have] struggled a little bit with [cramping] the past two tournaments. I need to have a little look at that with my team and maybe see why that is, make a few changes,” he said in his post-match press conference.

“In terms of the training off the court and on the practice court, I’ll have to look at that as well and see if there’s more that I could be doing, maybe different ways of practising to help with that. Scheduling training more in the heat of the day at 3pm or 4pm rather than 10am when it’s not quite as humid, not quite as warm, not quite as helpful. There are a few things I can look at.”

Murray continued: “It was disappointing. I thought there was some good tennis in the first set. After that both of us were struggling a bit physically.

“The level of the tennis was not great. I had chances in the first set to close that out. I had set point at 6-5, then three in the tie-break and didn’t get it. [It was] frustrating.”

The former world No 1 will return to action next week at the ATP Masters 1000 Canadian Open in Toronto and he will have plenty of time to prepare for the tournament following his defeat.

“The only positive is that I get more time to prepare for the tournament in Canada,” he said. “I guess if I can address sort of the physical issue I’ve had the last couple of tournaments, then that would be a positive thing. I obviously need to address that now.”