Bob Bryan is proving to be source of inspiration for Andy Murray as the Brit is looking to take a leaf out of “bionic brother’s” book.

Murray underwent hip resurfacing surgery at the start of the year and has set his sights on a return later this year as he hopes to follow in Bryan’s footsteps.

The American underwent a similar operation in August 2018, but he was back playing competitive tennis in January this year and by February he and twin brother Mike won the Delray Beach Open.

The Bryan twins continued their success story at the Miami Open over the weekend as they won their 118th men’s doubles title as a pair.

Before the final, Bob posted a picture of his family on Instagram and Murray commented: “Every win you get is giving me more and more motivation… Keep it up my bionic brother.”

Bob replied: “You are an inspiration to us all. Keep rocking that rehab.” 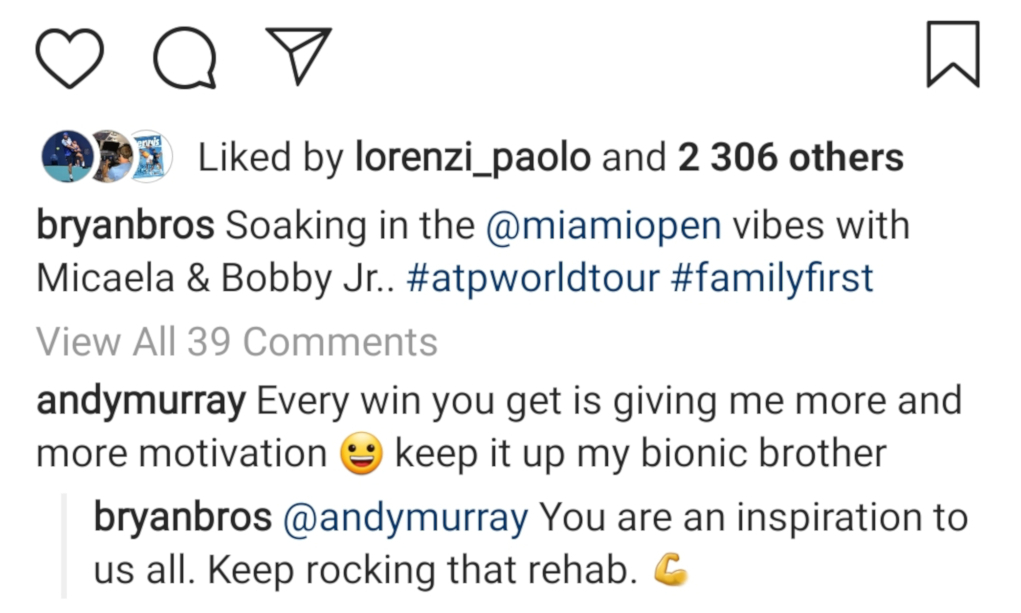 Murray has since made a tentative return to the training court as he recently posted a video on Instagram showing how he has started hitting tennis balls again.