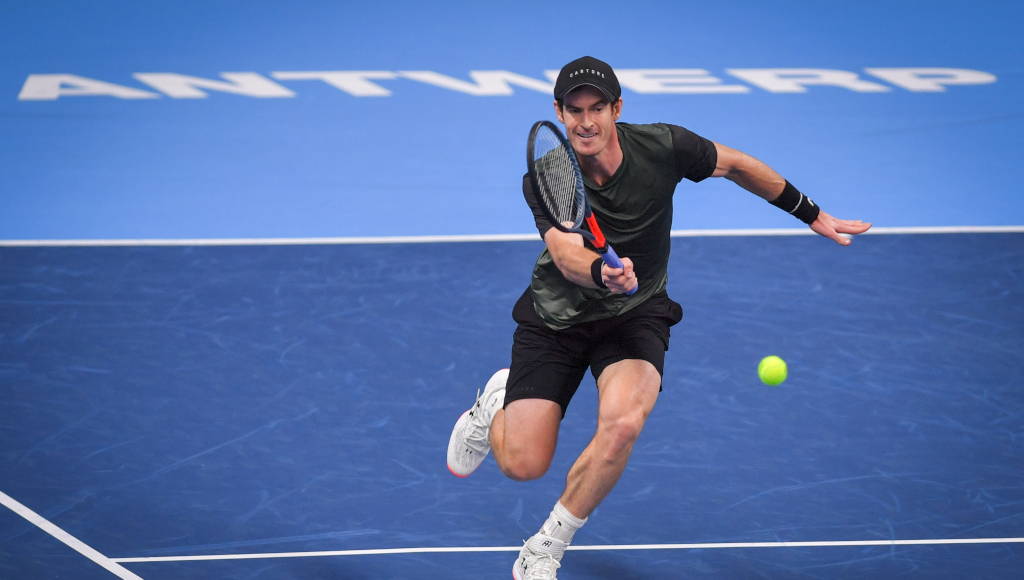 Andy Murray is two wins away from his first title since March 2017 after battling past Marius Copil in the semi-final of the European Open in Antwerp.

Fire Up! 🙌@andy_murray reaches his first ATP semi-final since the 2017 French Open after defeating Copil 6-3 6-7 6-4 at @EuroTennisOpen! pic.twitter.com/nOgMZJz0Z0

The result means he is into his first semi-final in two and a half years, but it another heartening result as he is still on the road to recovery following hip surgery at the start of the year.

Although he was broken in the fourth game of the match, Murray broke three times in the opening set to take the lead. He then broke in game four of the second set and found himself serving at 5-3, but Copil hit back and then took the tie-breaker.

The third set went according to serve until the ninth game when the Scot fashioned two break points and he took the second one before serving it out.

“I have not played loads of matches in the past few years, so when you get to the end of the match, it’s always difficult serve it out,” he told ATPTour.com.

“I played a bad game at 5-3 in the second set and after that I think he gained a lot of confidence. He served extremely well. He was being a lot more aggressive at the end of the second set and in the third, but thankfully I managed to get the break right at the end. It was a tough one to get through.”

He will face Ugo Humbert for a place in the final after the Frenchman beat fifth-seeded Guido Pella from Argentina 5-7, 6-4, 6-4.

Murray, though, knows it will be a tough ask playing three matches in three days.

“I feel okay just now. It’s more how you feel the following day. The good thing about the indoor matches is that the points are fairly short, so it doesn’t take as much out of you as on some of the slower courts outside,” he said. “But I feel okay, hopefully I pull up well tomorrow.”