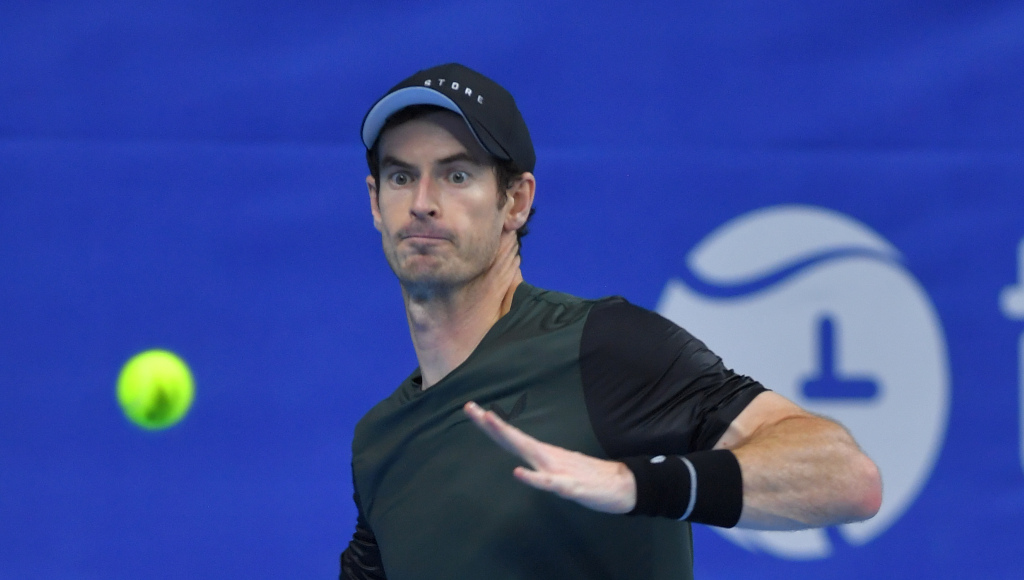 It was another good day for Andy Murray in Antwerp as he beat Pablo Cuevas in straight sets to reach his second quarter-final in the space of three weeks.

Playing in his fourth tournament in under a month, Murray won his sixth match as he dominated eighth seed Cuevas in the second round to win 6-4, 6-3 in one hour and 24 minutes.

It’s back-to-back wins for @andy_murray as he defeats 8th seed Cuevas 6-4 6-3 in Antwerp, booking his spot in the quarter-finals #EuropeanOpen2019 pic.twitter.com/4ArVJ187MG

The Uruguayan saved seven break points in the first set, but Murray finally got the job done in the 10th game to wrap up the set.

The former British No 1, who also reached the quarter-finals in Beijing, then started the second set a little sluggishly as he fended off four break points in the first game and then claimed the deciding break in game six.

“I felt a bit better today. I thought I served quite well for most of the match and when I was able to get into the baseline rallies, I felt I was hitting the ball quite clean, which is good,” he said in his on-court interview. “He served very well, which made it difficult for me to get the breaks, but I thought for me it was a good match.”

He later added: “It’s getting there. It sometimes takes me a little bit longer to get warmed up in the matches and sort of feel confident with my movement. But today I think from the beginning of the match I started pretty well. It was a good day.”

Murray, who will face Marius Copil next after the Romanian beat Diego Schwartzman 6-4, 5-7, 7-6 (9-7), is still looking for his first tournament win since winning the Dubai Tennis Championships in March 2017.

“I think the way that I played today gives me a chance to do that, yeah. I think if I play like the way I did in the first round, then no,” he said.

“But if I play like I did today, then I’d have a chance. But that’s one of the things that’s difficult coming back is I would now need to play four days in a row, which is something i haven’t done yet.

“Hopefully I can answer some of those questions this week.”

Frenchman Ugo Humbert caused an upset as he beat second seed David Goffin 6-3, 6-1 in one hour and eight minutes to earn a clash against fifth seed Guido Pella.

In the top half of the draw, Italian wildcard Jannik Sinner stunned top seed Gael Monfils 6-3, 6-2 and he will face Frances Tiafoe for a place in the semi-final after the American beat seventh seed Jan-Lennard Struff 6-3, 6-4.