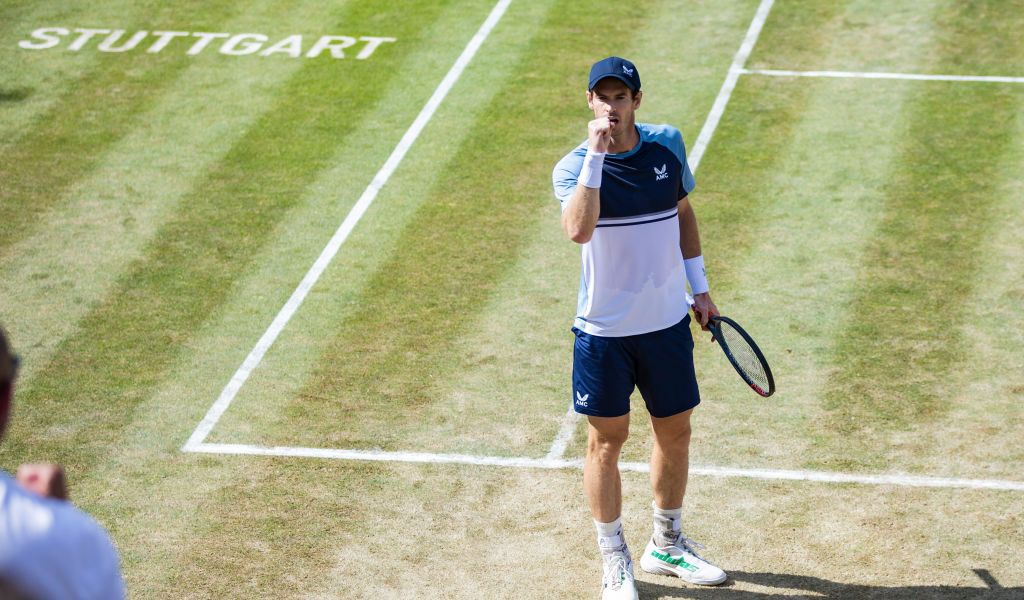 It seemed like a curious question for a player in the mid-60s of the ATP rankings, but suddenly Andy Murray’s hopes of being seeded for Wimbledon don’t look so unrealistic after his stunning win against Stefanos Tsitsipas at the Stuttgart Open.

Murray, currently the world No 68, defeated the Greek top seed Tsitsipas 7-6 (4) 6-3 in one hour and 40 minutes and will play Nick Kyrgios in the last four.

It is the first time Murray has beaten a player ranked in the world’s top five since 2016.

The 35-year-old Scot saved a set point at 6-6 in the opener before sealing it in a tie-break and broke Tsitsipas to move 4-2 up in the second on his way to clinching an impressive win on his third match point.

World number five Tsitsipas saved a break point in the seventh game as the opening set went with serve and failed to convert one of his own at 6-6 as Murray forced a tie-break.

The Scot, who defeated seventh seed Alexander Bublik to reach the last eight of his first ATP Tour event of the season on grass, then clinched a mini-break to move 5-3 up and served out to seal it 7-4 in just under an hour.

Tsitsipas saved two match points on his serve at 5-2 down in the second set, but Murray then served out for the match.

It was Murray’s best win in a phase of his career when many have questioned why he is continuing to play when it seemed he was incapable of testing the best in the game.

Now those questions can stop and this convincing victory confirms that Murray is still a threat to the best in the game, especially on grass.

“It was an amazing atmosphere. Almost full crowd. Beautiful weather today, really nice conditions to play tennis. I thought I did well. He served unbelievably in the first set,” said Murray after the win.

"They've got a few pints of beer, they're enjoying themselves" 🍺@andy_murray salutes his new army of fans at the #BOSSOPEN in Stuttgart pic.twitter.com/YiFEMYgoua

If Murray is this competitive against the world No 5, there is no reason why this 35-year-old Scot cannot be a force when he gets onto his favorite grass courts at Wimbledon.

This win against Tsitsipas takes him up to a provisional world ranking of 53 and if he wins his semi-final against Kyrgois in his next match, he will into the mid-40s in the rankings.

With the world’s top 32 players seeded at Wimbledon and some of the names ahead of Murray rules out due to injury and the All England Club’s decision to ban Russian and Belarusian players, that seeded position in the next Grand Slam event is suddenly within touching distance.