Andy Murray has posted a video on Instagram of himself serving as a tantilising update on his recovery from hip surgery.

The former world number one tearfully announced at the Australian Open in January that he would likely retire this year after his previous attempt to recover failed.

However, he ha since underwent hip resurfacing surgery and has been much more hopeful of returning to competitive tennis.

And he has now given a small insight into how that quest is coming along, by posting the video on his Instagram story with the caption “how’s it looking?” 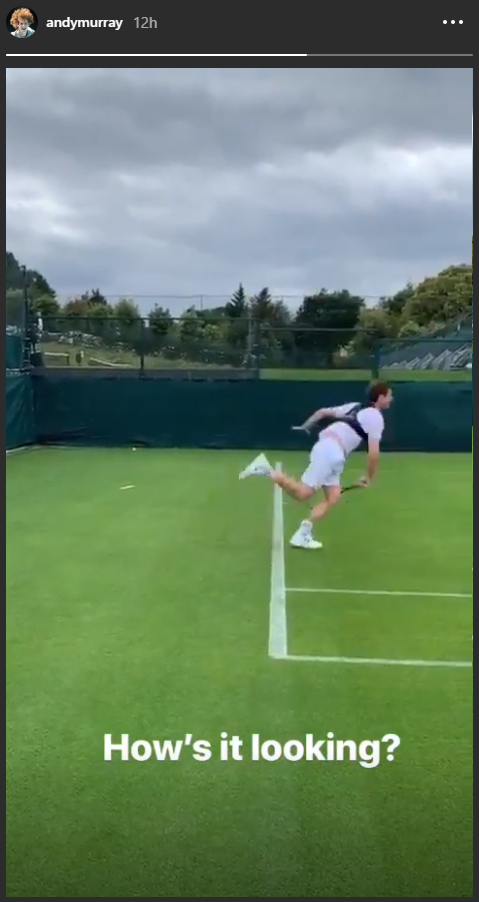 “I don’t have pain, I just need to see how good the hip can get really,” Murray told The Times, recently.

“I know from seeing what Bob Bryan has done that for doubles it will be fine.

“If I continue to feel good then I will obviously give it a shot in singles and see what happens, whereas in doubles I am pretty certain I will be able to play.

“The thing I said before was that, if I wasn’t feeling good there was more chance that I would play and then stop after Wimbledon.

“Whereas if it’s feeling good it makes more sense to give it time to make sure it’s as good as possible before I try to play singles on it.”