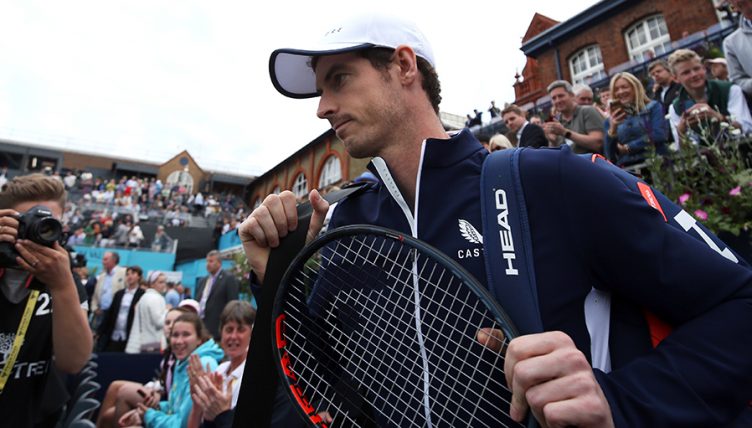 Andy Murray says his remarkable success in the doubles at Queen’s may accelerate his plans to return to singles competition.

And, in a remarkable endorsement of his surgically repaired hip, he even believes the US Open is a realistic target.

Murray had previously ruled out a singles return at Flushing Meadows this summer, instead saying he would continue to ease himself back into tennis by playing doubles.

However, it appears those plans may have changed after he and Feliciano Lopez won the Queen’s title.

“If I keep progressing, I would like to try to play singles,” he said.

“I think I have a couple of options after Wimbledon – either I continue with doubles but start training and practising singles through the US Open swing, and then try and maybe play singles after that.

“Or I take a longer break post-Wimbledon of maybe, let’s say, a month or six weeks, to get myself ready for singles, and then try and play close to the US Open time.

“But I don’t care really either way. It would be nice to play at the US Open but if I don’t – look, I got so much enjoyment and happiness after winning a first-round doubles match here that, you know, that’s enough.”