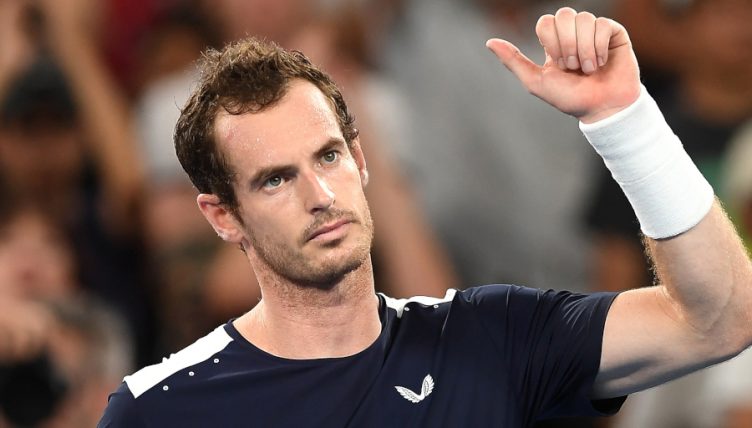 Jamie Murray has confirmed he will not play doubles with his brother Andy Murray at Wimbledon this year, as he hinted rumours of his return to action as early as next month may be wide of the mark.

Two-time Wimbledon singles champion Murray feared his career was coming to an end as he appeared to wave an emotional farewell to the game after a first round defeat at the Australian Open in January, but he opted for hip surgery after that defeat and has expressed a desire to return to the top of the game.

He has been hitting balls at the National Tennis Centre at Roehampton in recent weeks and has also had a hit on Wimbledon’s grass courts, with Queen’s Club confirming they have offered Murray a chance to make his comeback to the game at their Fever Tree Championships next month.

Amazing Experience to be part of the @wimbledon court 1 roof opening. So much fun to be on court with these legends of the game! #wimbledon #tennis pic.twitter.com/zKY5k3mu0O

That has raised expectations that the 32-year-old who was knighted by Prince Charles earlier this week could make a surprisingly swift return to the game for the grass court season, yet Jamie has played down those expectations, as he hinted his brother may not be ready to play competitive tennis so soon after surgery that he has admitted could end his career.

“I don’t think we are going to play doubles at Wimbledon this year,” confirmed Murray, after he took part in the grand opening of a new look Court No.1 at the All England Club on Sunday. “I know a lot of people have talked about that, but I don’t think that’s going to happen.

“We’d both like to (play doubles at Wimbledon) one day. Obviously it was talked about this year after what happened (to Andy) in Australia, but I don’t think its going to happen this year.

“For me, these are the peak years in my career and if I go to play Wimbledon with someone who hasn’t hit a tennis ball in eight months, I’m kinda giving up one of those years so that’s a big decision for me to take.

“Circumstances might dictate otherwise, but I want to give myself the best chance of winning the tournament and normally I would have a good chance with Andy, but probably right now he’s not in his peak moment.”
https://twitter.com/wimbledon/status/1130144186630586368?s=21

Jamie went on to suggest his brother is making good progress in his recovery from hip surgery, but there is still uncertainty over whether he can return to the top of the game.

“He’s doing alright, he’s taking things slowly,” added the elder of the Grand Slam winning Murray brothers. “He’s on track with his recovery and what he is supposed to be doing now. It has been about four months or so. He is taking it slow and is not putting a time limit on things, which is smart as he doesn’t need to.

“He trying get his hip as strong as he possibly can and when he gets back out on court training, he’s in the best possible situation to find out what level he can get back to.

“It’s impossible to tell (how far he can get). No-one has done the surgery and come back to play singles, so for him, there are a lot of unknowns. For him, it’s about getting his body as strong as he can and when he does get back training, he gives himself the best chance of knowing what is possible and what’s not.”