The three-time Grand Slam winner announced on Tuesday morning that he had undergone hip resurfacing surgery in London the day before.

In his Instagram post he added that he was feeling “battered and bruised” and he accompanied it with two pictures.

The first one is of him in his hospital bed with “a bit of a gut” and the second one showed that he had “a metal hip as you can see”. 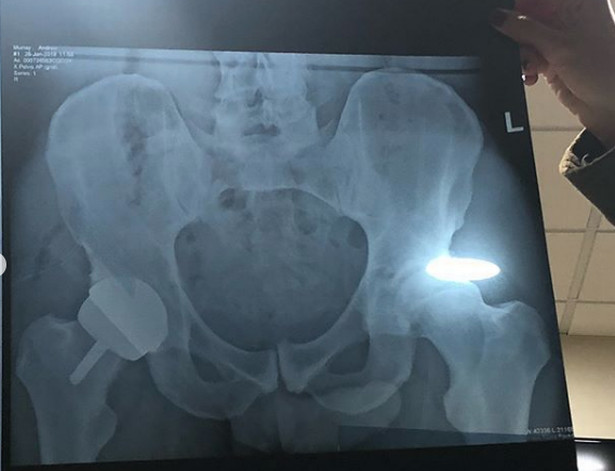 However, the second image actually showed more than Murray would have liked and the social media fans were quickly onto it.

“Speedy recovery, happy you’re out of pain and congrats on the pork sword,” commented someone.

Another wrote: “Wonder if any one realised you could see @andy_murray twig and giggle berries on the hip replacement x ray. anyway andy murrary wish you a speedy recovery.”

And then there was this: “Hey @andy_murray x rays don’t just show bones my friend. No pun intended. please rethink your insta post.”

“Is it just me or can i see his dingle dangle outlined there!?” was another comment.

There was also “Nice willy shot”.