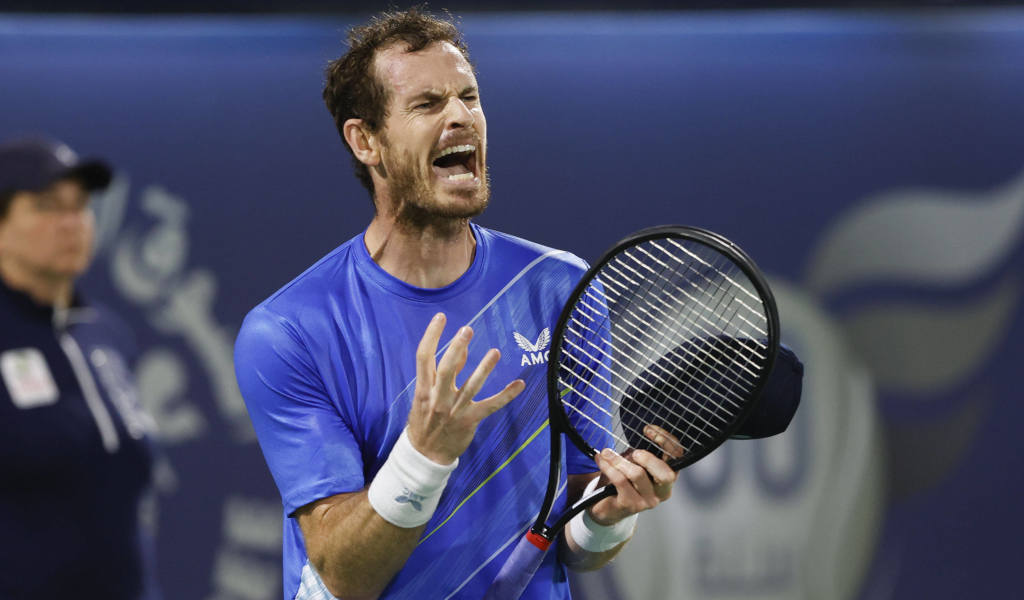 Murray returned to Dubai for the first time since 2017 when he won the title as the World No 1.

This was the first ever tour meeting between Murray and the 27-year-old North Sydney boy.

Another day, another grind 😤@andy_murray outlasts O’Connell in just short of 3 hours 6-7 6-3 7-5 to reach the second round of @DDFTennis! pic.twitter.com/gTv8COOqeH

O’Connell quickly showed that he wouldn’t be a pushover as he forced the first set into a tiebreaker.

Murray cut a frustrated figure at times but fought his way back into the match by attacking the serve of O’Connell.

He immediately broke O’Connell at the outset of the second set, and advantage that would be enough to ensure that Murray levelled the match by taking the second set 6-3.

Murray was unable to cash in on a break point during the fourth game of the final set, and both men held serve without much trouble until 4-4.

A wayward service game threatened to derail Murray’s bid to progress to the latter stages, but he dug deep to save three break points.

Another two service holds later and this time it was Murray who held the big advantage. He raced out to 0-40 on O’Connell’s serve and finished matters on the second of the triple match points.

The victory comes just a week after Andy Murray suffered one of the heaviest defeats of his career. He went down 6-0 6-1- against Roberto Bautista Agut in Doha.

‘People keep telling me to keep playing as long as you can, nothing will replace it [tennis]’@andy_murray on what tennis means to him 😊#DDFTennis pic.twitter.com/PZk7GOL7UG

Murray goes on to face the winner of the match between fourth seed Jannik Sinner and Alejandro Davidovich Fokina for a place in the quarterfinals.

If Murray can triumph in the next round he will bring up his 700th career win.

The former World No 1 is reportedly eager to resolve his coaching issues, as things stand his former coach Dani Vallverdu is standing in as a temporary trainer.

Despite his injury troubles Murray remains eager to get back to competing for titles on the ATP Tour, and he still values each point incredibly highly.