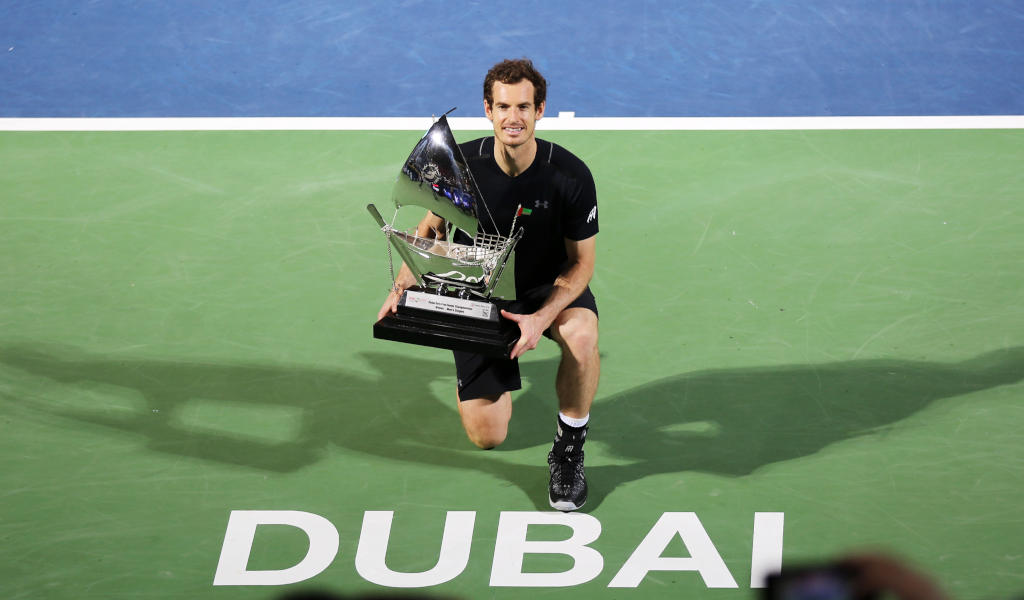 Former champion Andy Murray will make his return to the Dubai Tennis Championships in February 2022.

Murray returns to Dubai for the first time since claiming the title five years ago.

His comeback after an injury tribulation is going quite well as Murray reached the final of the Sydney Open in January.

“We are thrilled that Andy has chosen to compete once again at the Dubai Duty Free Tennis Championships, where he has always received a huge and enthusiastic welcome,” said Colm McLoughlin, Executive Vice Chairman and CEO of Dubai Duty Free.

“He is still clearly a strong contender wherever he plays, as his recent success in Sydney has proven. We wish him well during his return to Dubai.”

Murray had a memorable Dubai debut in 2008 drawing and defeating defending champion Roger Federer in the first round in three dramatic sets.

In the process, Murray handed then world number one Federer a first round match loss for the first time in four years.

Murray reached the quarter-finals in Dubai in that 2008 run and matched that performance ithe following year.

After falling in the second round in 2010, Murray advanced all the way to the final upon his next visit in 2012, defeating Novak Djokovic in the semi-finals but going down to Federer, who claimed his fifth Dubai title.

A further quarter-final finish in 2015 was then followed by his 2017 final victory over Fernando Verdasco.

Despite injuries hampering his career, Murray is still a considerable draw for tournament directors.

His mobility may be impaired but Murray has shown so far in 2022 that he still has one of the best returns in tennis.

“We are delighted to welcome Andy Murray to Dubai once again,” said Tournament Director Salah Tahlak.

“Despite the limitations that a succession of injuries have placed upon him, there is absolutely no question that his remarkable competitive spirit is as strong as ever and that he can still challenge the very best in the sport. Clearly, no-one can write off his chance of success and it will be very interesting indeed to see him compete against such a strong field here.”