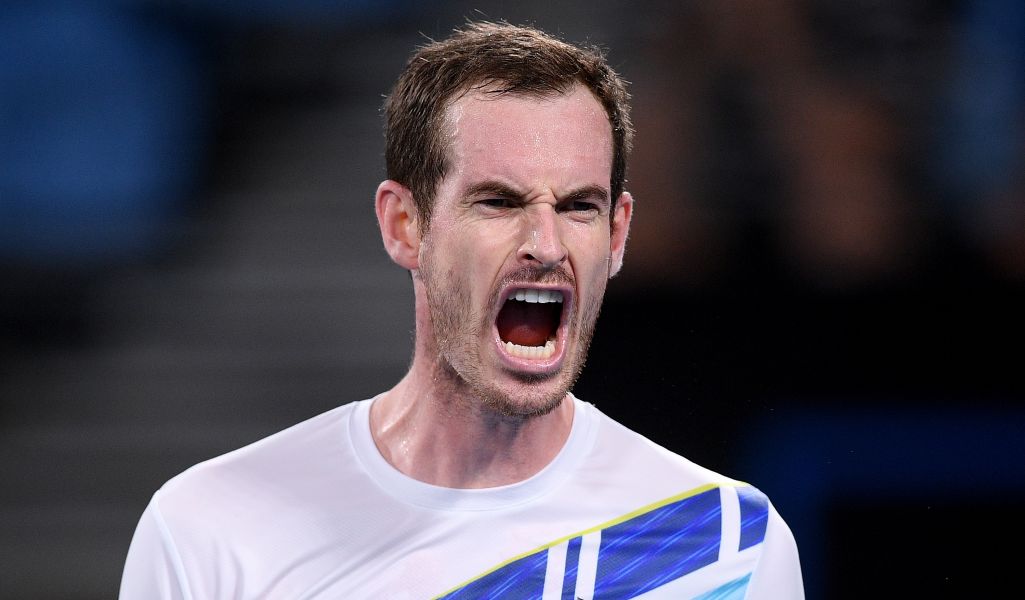 The Scot has said for several months that a deep run at a tournament was not far away and he has made good on that this week with his best string of results since he won his last title in Antwerp in 2019.

He was frustrated to lose the opening set against 6ft 11in Opelka having fought back from 1-5 in the tie-break but he kept pressing on his opponent’s serve and got his reward for a 6-7 (6) 6-4 6-4 victory.

Murray has always performed well against big servers, his great returns and ability to keep the ball in play making it a strong match-up for him.

He holds a 7-0 record against Ivo Karlovic and 8-0 against John Isner, and this win means he remains unbeaten against the giants of the game.

“It would be amazing to start the year with a trophy, but it’s already been a big week for me,” Murray said in his on-court interview.

“To string four results together like this is much more than I managed last year.

“I lost a tight first set and it’s not easy to come back against someone who serves like that, but I love competing,”

The signs have been good for Murray over the past few months and former world No.1 Mats Wilander told Tennis365 that the Scot had proved him wrong with his improved form in recent months.

Speaking exclusively to Tennis365 ahead of Eurosport’s coverage of the Australian Open, the eight-time Grand Slam champion now believes Murray is ready to enjoy a successful 2022 after showing good form in recent months.

“He has come around and is doing much better now,” Wilander told us. “He took that wild card at the French Open and didn’t really show up against Stan Wawrinka and he has proven his point after that.

“He put me on the spot when I said what I said about him getting a wildcard in Paris and I told him, ‘no I don’t think you should get them if you are not motivated’. Now he looks fully focused again, so I have no problem about him taking wild cards now.

“He is playing good. Andy Murray is never going to be that player who will beat players off the court if they play well, but he will make them play worse and that’s the sign of a great player.

“Andy Murray has a great mind, he is motivated and for me, it is all physical. His game style may be slightly old-fashioned, but the brain is not, he is a problem solver.

“He can get to quarter-finals at Grand Slams, for sure, if he is healthy,” added Wilander. “I’m pulling for Andy. It is great to see someone who plays tennis matches with the inside of his brain still winning tennis matches among the big hitters.

“He is one of the smartest players on tour. You make a lot of decisions with your heart when you are a player like Andy Murray. You have to die to win and then you make good decisions.

“It will be tough for him to get his ranking back up into the top ten, but he can certainly have good runs at big events and players know they are in for a real battle when they step on court with Andy Murray.”