Andy Murray on his future plans, his dieting secrets and his new supplement 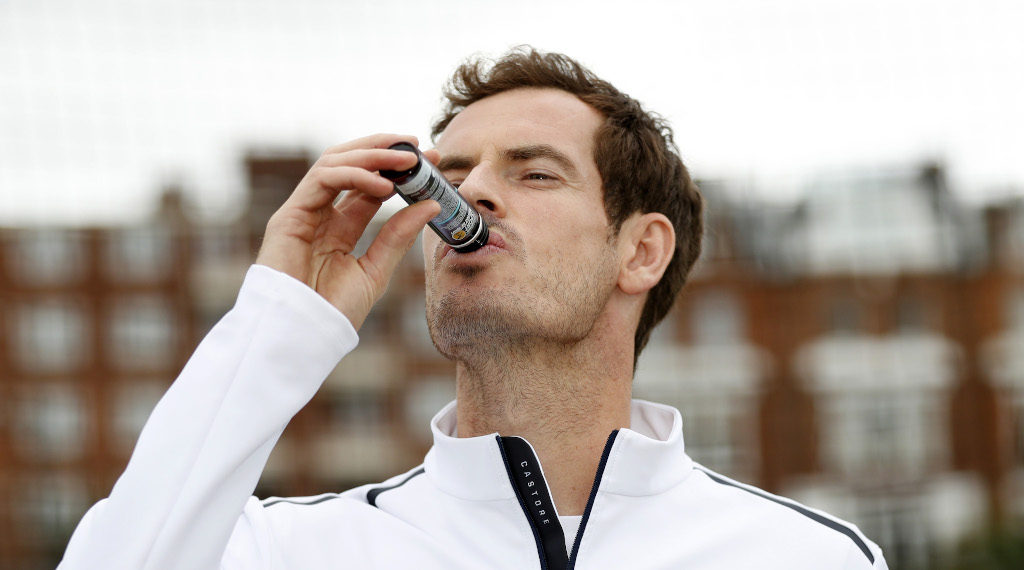 Andy Murray has offered an upbeat assessment of his plans for the rest of 2019, after confirming he is planning to play a full schedule during the upcoming Asian swing on the ATP Tour.

Murray will play singles in at the Zhuhai Championships (September 23-29), the China Open (September 30-October 6) and he has also accepted a wildcard invitation to the Shanghai Masters (October 6-13).

Andy Murray is heading back to Shanghai for the #RolexShMasters. https://t.co/UsRDcgy5Hs

Even though the two-time Wimbledon champion has yet to win a singles match on the ATP Tour since his comeback from hip surgery in January, he was in a positive mood as he met the media at Queen’s Club in London promoting the TRR Nutrition PRO Advanced Collagen Daily Liquid Supplement.

“I’ve had to work hard on my movement post-surgery,” he stated. “Mainly, I am focusing on my match fitness as I had a long time not playing matches and it’s important to get court time under your belt in order to stand a chance of getting back to a decent level of competition.

“I’ve got the Asian swing next, so I’ll be in Zhuhai, then Beijing and Shanghai. I always enjoy going to China so I’m looking forward to that.

“I really enjoyed being back at Wimbledon this year. It was great to be back after the year I’d had last year. My body held up well and I was able to move better on court than I was expecting.

“Obviously, it’s very different playing doubles to playing singles, but my team and my surgeon were very happy with the progress I’d made by Wimbledon this year.”

Former world No 1 Murray also went into detail on his dietary regime, as he revealed how he prepares both before and after big matches.

“I have a nutritionist and he gives me meal plans to make sure I am optimising my nutrition to help my performance, training and recovery,” he stated. “My eating is pretty healthy – lots of salads, grilled chicken and fruit, and making sure I take in enough fluids are also really important. I do tend to eat a lot of protein as I burn a lot of energy during training and matches and that helps me with my recovery.

“There are foods I avoid like sweets and biscuits and for a while I was gluten-free which was a decision I took when I was trying to reduce the inflammation in my body to help my hip, so that meant steering clear of bread and pasta. Obviously, I don’t drink alcohol.

“Before a big match, I do a lot of preparation on my opponent and how I am going to play my game against them. I always eat an hour to an hour and a half before I am due on court and usually have something like chicken with rice and then I have physio and warm up with my team to make sure I’m ready to go mentally and physically as soon as I step out on court.

“Immediately after a match I’ll warm down in the gym and then see my physio for a massage and to check-in. My team are usually with me when I have physio so we’ll chat a bit about the match (the good and the bad). I often have an ice bath to help my muscles recover quicker so I’m ready to play again the next day or the day after that. I’ll also eat about an hour after I come off court.” 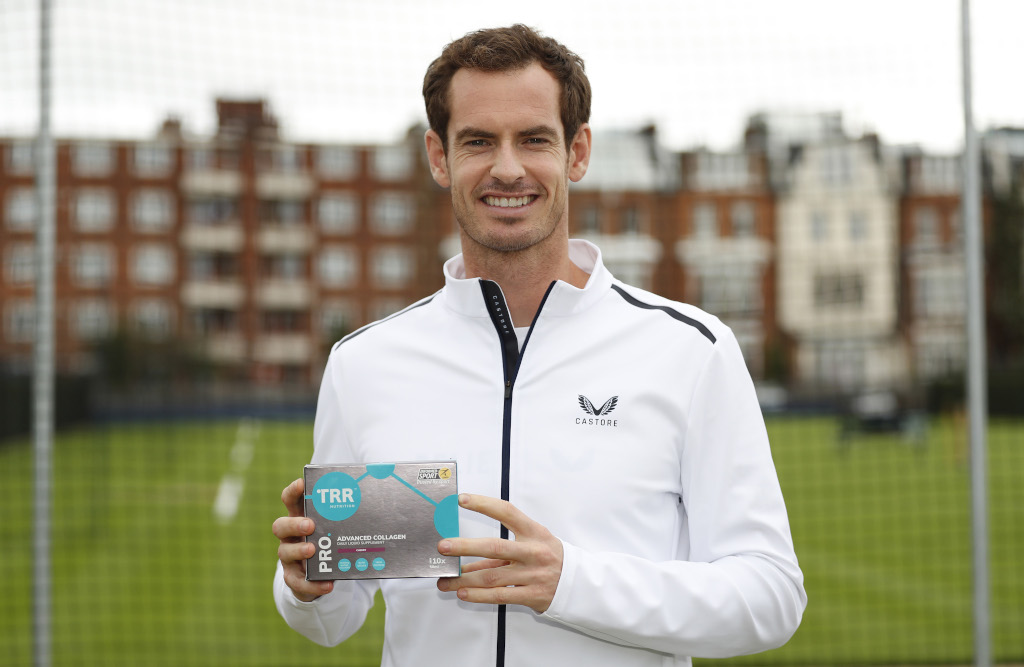 TRR Nutrition PRO Advanced Collagen Daily Liquid Supplement has been developed specifically for Murray, formulated for elite athletes and those that train hard and has been developed in conjunction with former Chelsea FC doctor Eva Carneiro and sports nutritional experts.

“After my hip operation, to get back to the highest level of fitness, I knew I would have to train incredibly hard and push my body and I wanted to leave no stone unturned,” added Murray.

“At the beginning of 2018 my nutritionist approached Nutraformis and asked them to develop a pro-athlete liquid collagen supplement with a combination of active nutrients specifically formulated for me.

“I was already taking their liquid collagen joint care supplement, but my nutritionist felt I needed an advanced product that would help to support my joints, bone health and immune system.

“Looking after your body’s health and fitness is crucial and often this can be overlooked when an athlete is starting out.

“Athletes work and train hard and this puts a heavy strain and load on the muscles and joints. Overworking muscles can result in damage that can force an athlete to stop training and cause long term damage.

“A balance between training and rest is key. Muscles need the opportunity to rest and recover from exercise in order to grow. As well as rest, muscles need nutrients to grow and eating well combined with the correct nutritional supplements is key.

“I have learnt over my career how important it is to look after your body and this includes balancing training, rest, sleep, hydration and nutrition.

“Collagen supplementation might be a relatively new addition to sports nutrition, but with the growing research and support from my team I believe it is set to play an important role in the future.”